Director Selvaraghavan who is acting in SaaniKaayidham with Keerthy Suresh, announced his next project with brother Dhanush some time ago.  Now, he has announced that Yuvan Shankar Raja will be the music director of this film, sending excitement levels high among fans.

This will be the third time all 3 are coming together after Kadhal Kondein and Pudhupettai.  And this is the 8th time Selva and Yuvan will be working together. 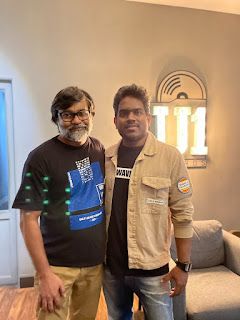 The film is bankrolled by ace producer Kalaipuli S Thanu who also tweeted that he was thrilled to be working with a such a powerhouse  successful team in his film.