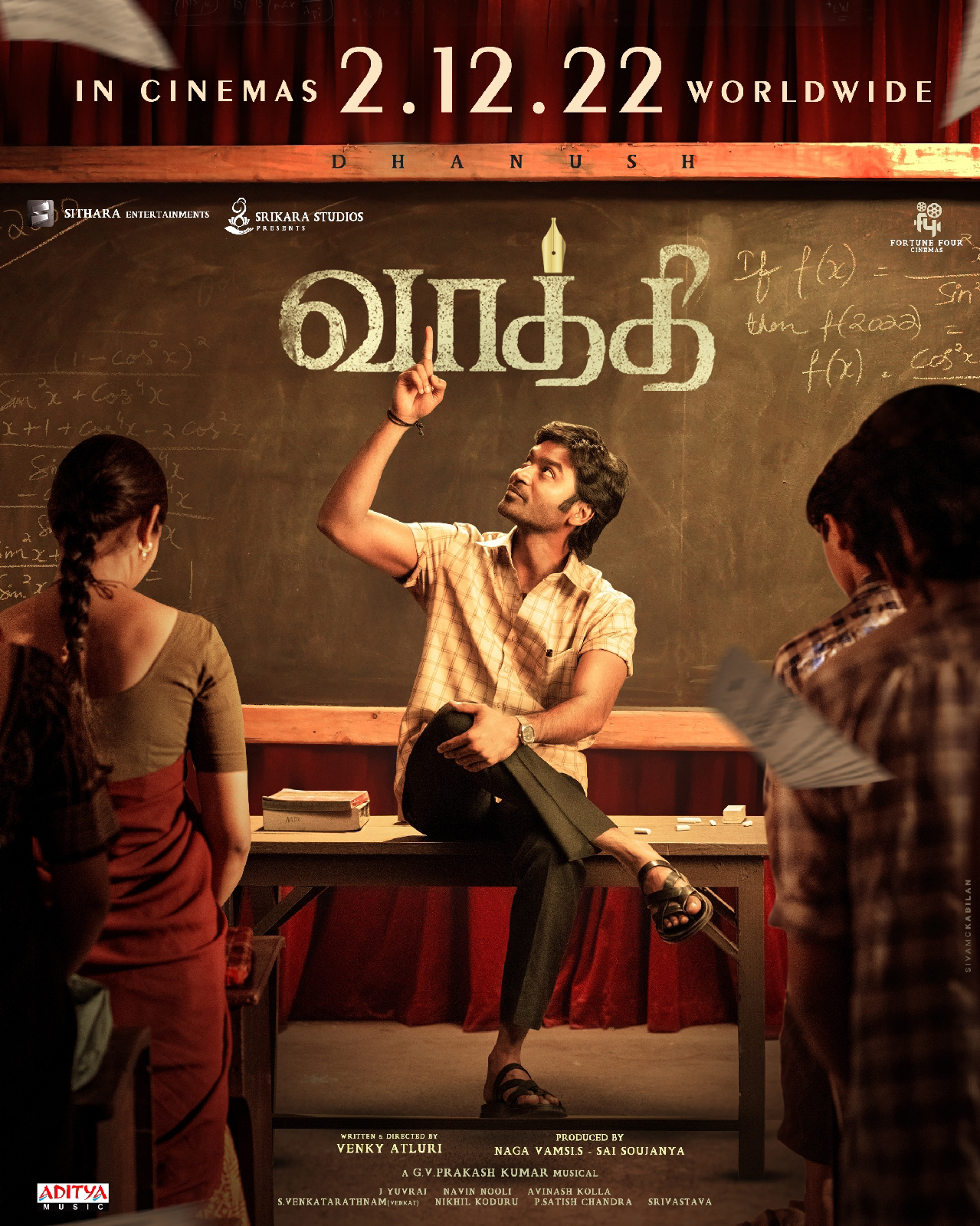 The makers of Sir/Vaathi announced the film’s release date earlier today. The film will release simultaneously in Telugu and Tamil across the globe on December 2. In the release date announcement poster, Dhanush is seated on a table in a classroom and is pointing his finger upwards - directing towards the release date - amidst a group of students. 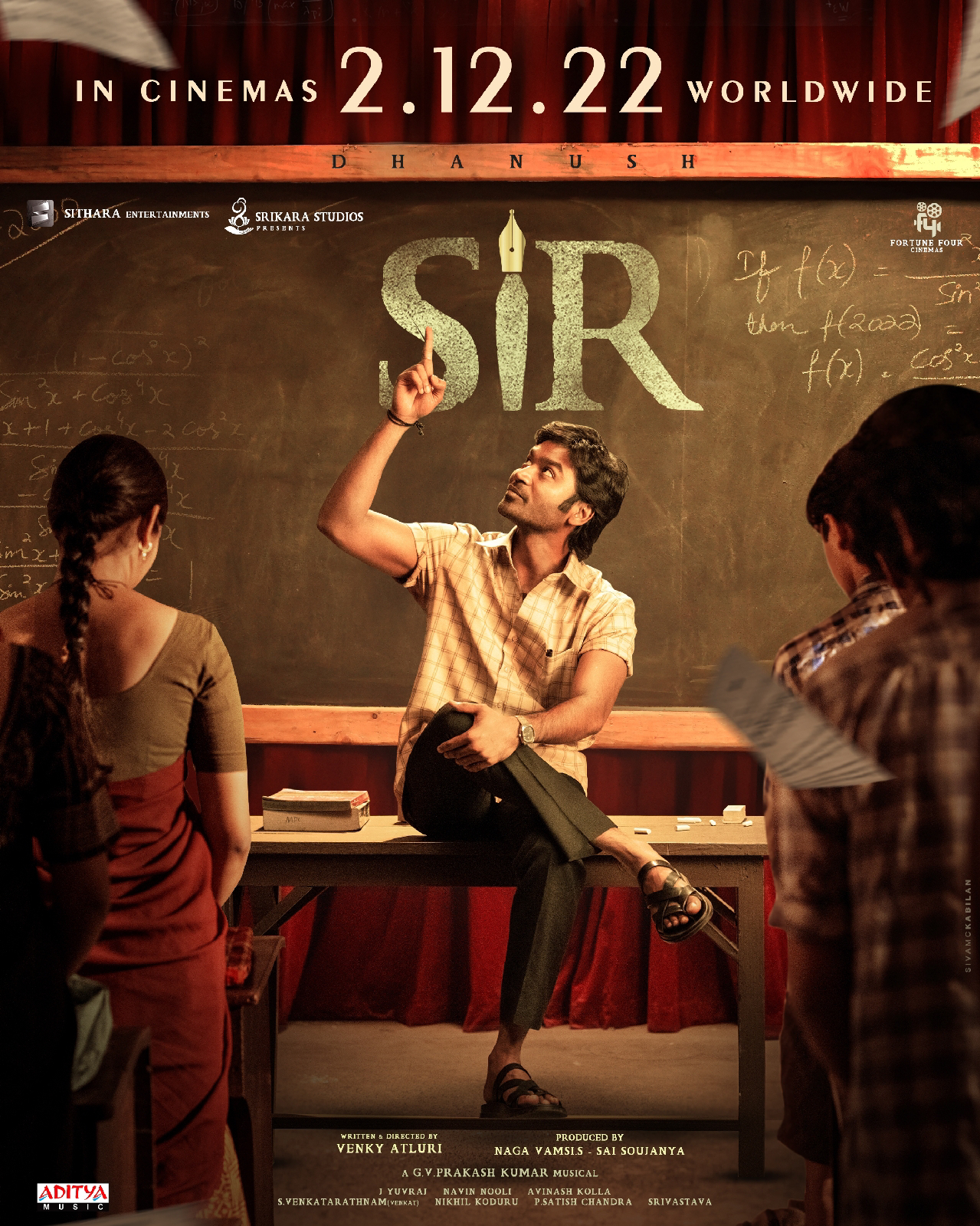 The blackboard is filled with a few mathematical equations while there’s a book placed alongside Dhanush too. Dhanush looks at his casual best in the new poster with an unmatched simplicity and body language wearing simple formal clothes. Announcing the release date, the makers wrote, “Mark the Date. Our #Vaathi / #SIR is getting ready to take classes from 2nd Dec 2022!  #SIRMovieOn2ndDec #VaathiOn2ndDec” 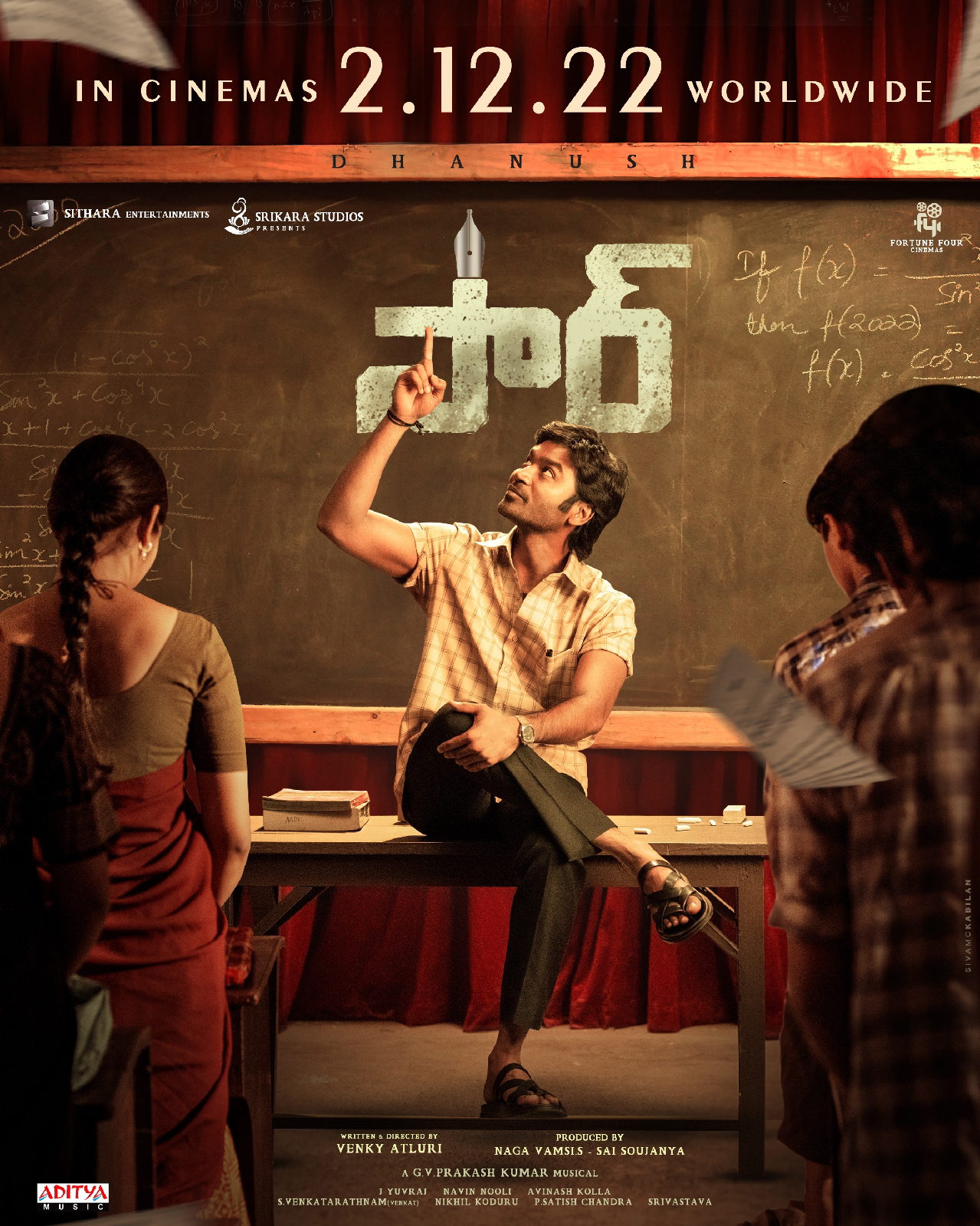 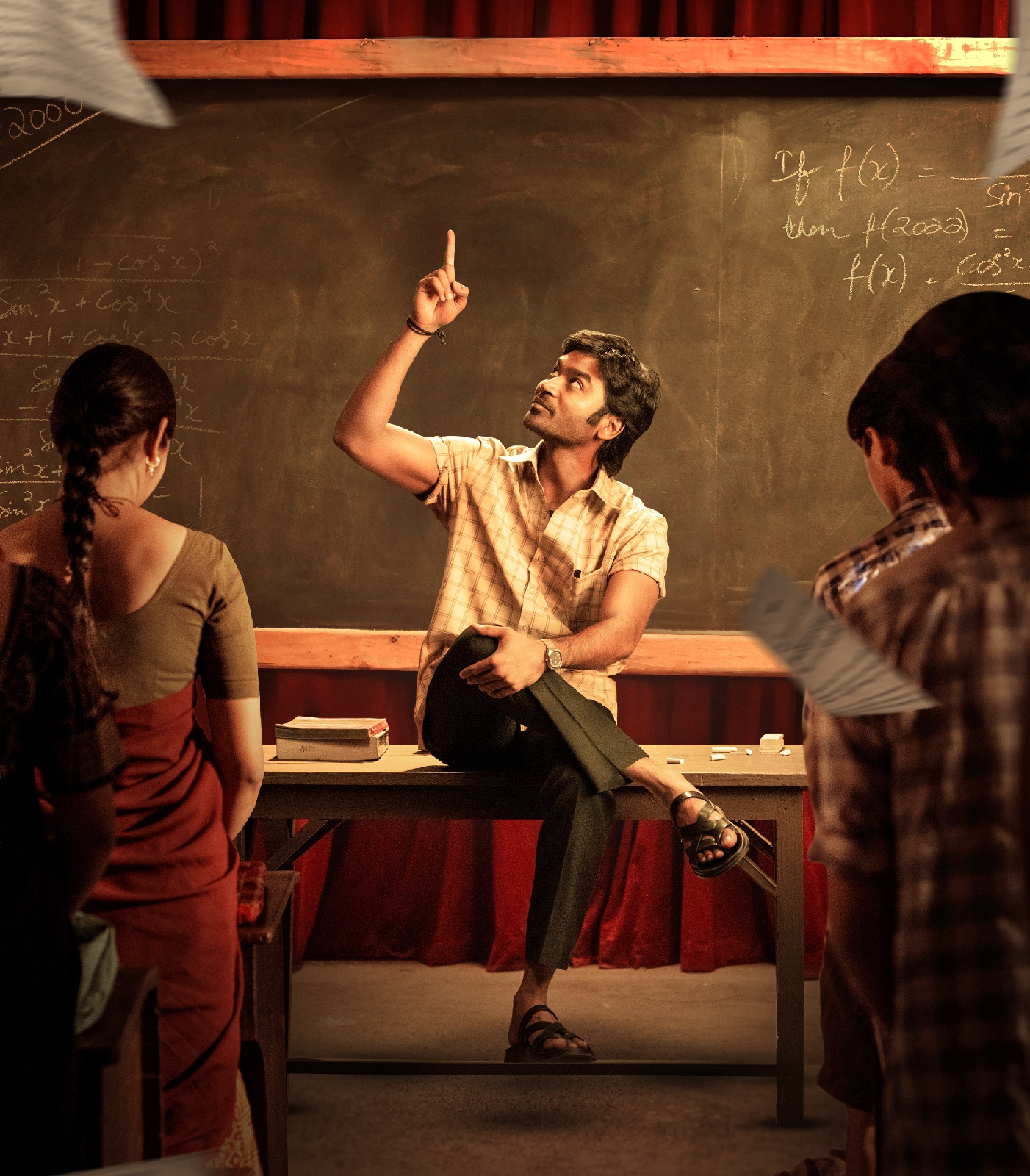 J Yuvraj cranks the camera for the film with national award-winning composer GV Prakash coming up with the background score. Navin Nooli is the editor and Avinash Kolla is the production designer. Venkat handles the action choreography.
Dhanush vaathi