- November 08, 2022
TRIPR Entertainment S Madhusudhanan presents "Parole", an action crime drama written and directed by Dwarakh Raja. The film features R S Karthik, Linga, Kalpika, Monisha Murali, Vinodhini Vaidynathan, and Janaki Suresh in the star cast. With the film hitting screens worldwide on November 11, the cast and crew of this movie were present for the pre-release event today in Chennai. Here are some of the excerpts from the event. 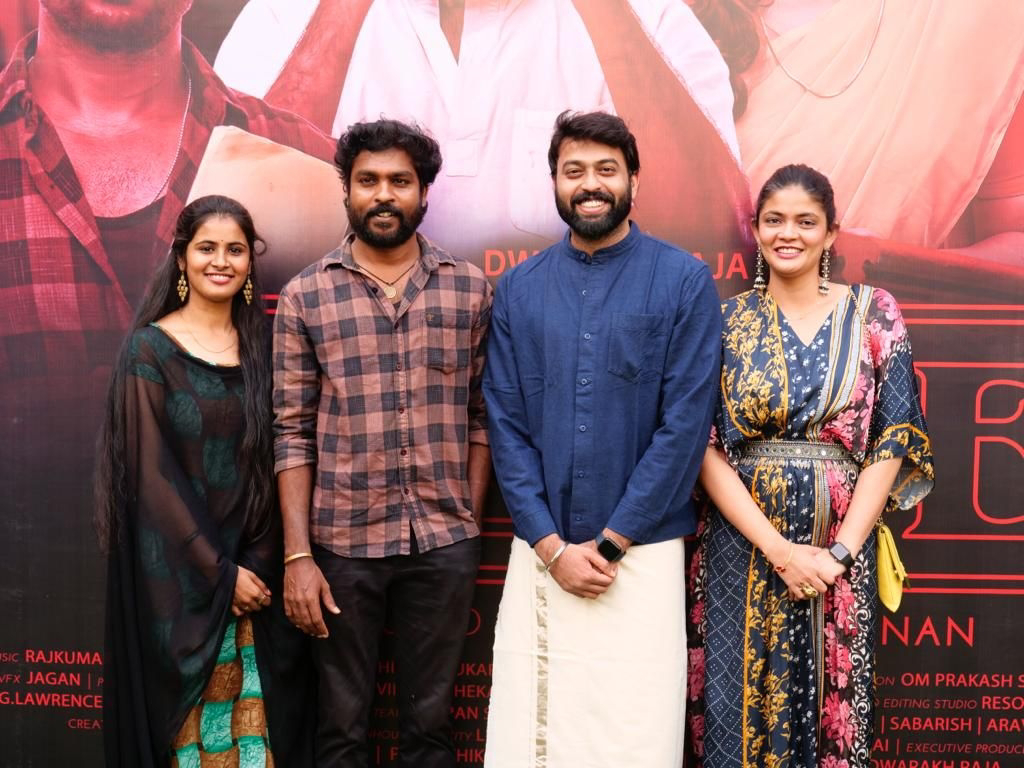 Actor RS Karthiik said, “The movie is about the emotional depth between a mother and her two sons. The stories set against the backdrops of North Chennai are always intense. The concept of this movie will be liked by the universal crowds. The film is getting released on November 11. We need your love and support for this movie. The success of this film will mark the arrival of many content-driven films in the industry.” 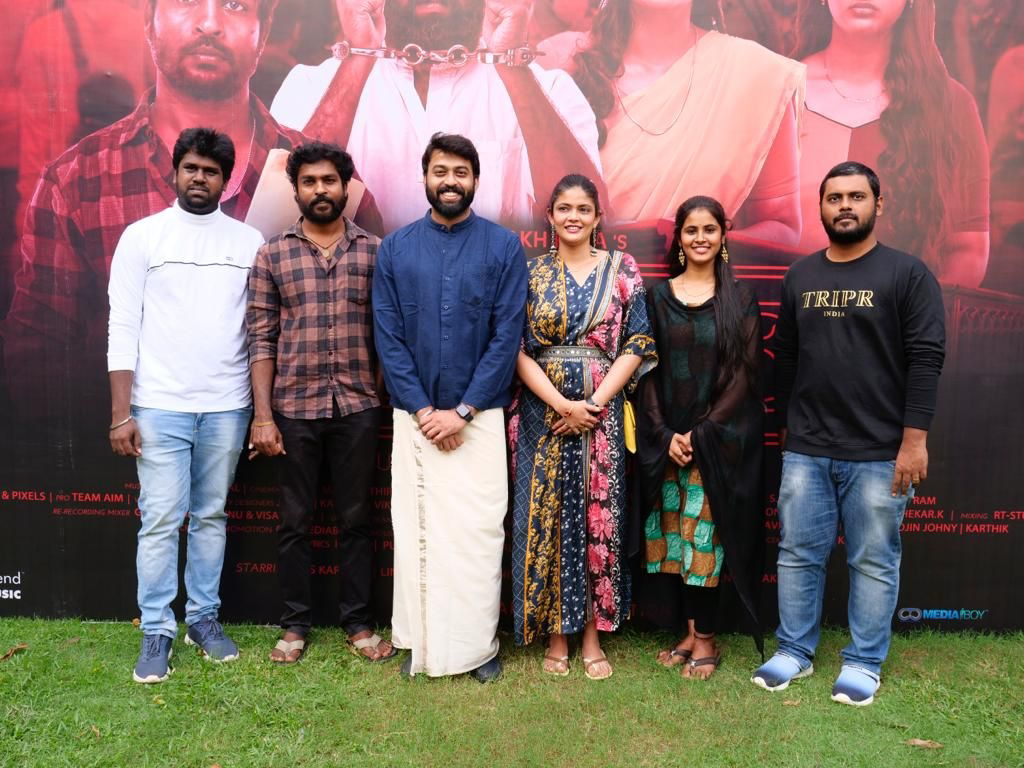 Politician-Actor Nanjil Sampath said, “Director Dwarakh Raja has recognized and chosen a unique story and has interwoven it with an engrossing screenplay. He has crafted a decorous screenplay that engulfs a beautiful relationship between mother and son. Individuals with phenomenal and unparalleled thoughts always succeed in life. In this aspect, both the film and everyone involved in its creation will garner success.” 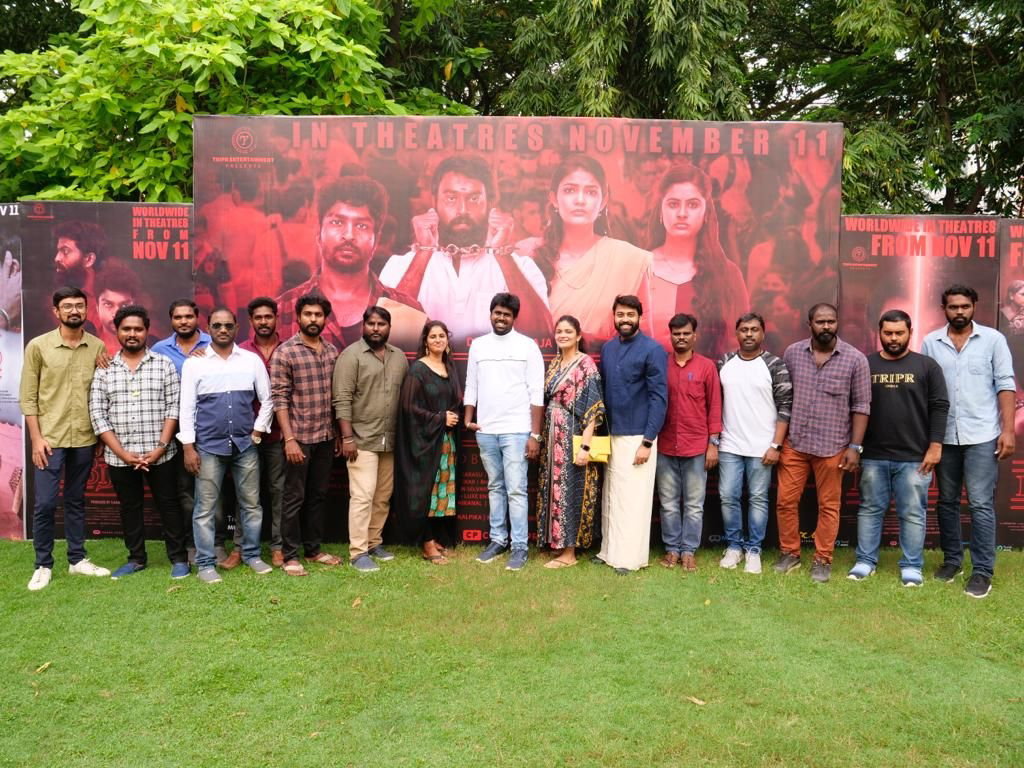 Actor Linga said, “Madhu is the main reason behind this project getting materialized. I thank him for his great support in nurturing this movie. My heartiest thanks to the entire crew and technicians. This script itself differs from the clichéd and stereotypical paradigms. We are curiously waiting to see the response of the audience for this movie. Thank you all.”

Actress Monisha said, “I thank the director and the entire team for making me a part of this project. I learned a lot while working on this movie. I had a different experience while watching the movie every time. I request you all to support this movie and make it successful.” 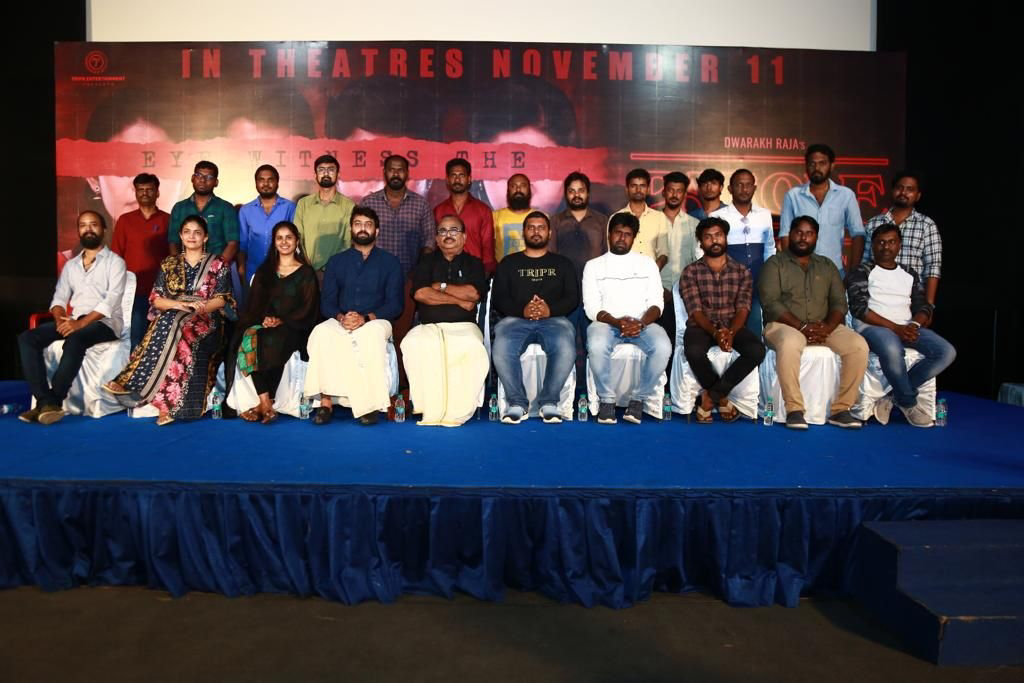 Actress Kalpika said, “I thank the director for getting me into this project. Our team has already watched the movie. I was so happy after watching the movie, and I was literally dancing after the show. I learned a lot from this project. Everyone in the team made me feel at home.”

Music director Rajkumar Amal said, “It’s a dream project for any debut music director like me. It’s been a great experience working on this movie. There was more scope for me to establish and exhibit my potential. This movie belongs to everyone after November 11. I request everyone to watch the movie in the theater and support us. Thank you all.”

Actor Mak Mani, “I and director Dwarak Raja have been friends since our short films. Parole is a product of our earnest teamwork. I believe that audience will recognize and appreciate our efforts. I request you all to support this movie that is releasing on November 11.”

Director Dwarakh Raja said, “I thank producer Madhusudhanan for giving me this opportunity to me. The entire team became a family and bonded so well to create this movie. We have tried creating different and unique music. Music director Rajkumar Amal has done a remarkable job using broken instruments. Cinematographer Magesh has been a great support. Every actor in this movie clearly understood the essence of their characterizations and delivered the performances accordingly. I thank everyone for being here for this special occasion and request you to support us by watching the movie in the theaters.”

Cinematographer Magesh Thirunavukarasu said, “I thank everyone for being here for this occasion. I request you all to support this movie and make it successful.”