Bofta Mediaworks  started the shoot of thier Kaatrin Mozhi with a pooja.The film is a remake of Vidya Balan's Tumhari Sulu ( Hindi) with Jyothika reprising her role in Tamil.


Filmmaker Radha Mohan’s magnum opus with Jyotika titled ‘Mozhi’ was one of the breeziest entertainers of its time. The duo come together again nearly after a decade for Kaatrin Mozhi, which is a remake of hit Hindi film Tumhari Sulu with minor changes to suit the local flavour. G Dhananjayan, S Vikram Kumar and Lalitha Dhananjayan of BOFTA Mediaworks India Pvt. Ltd are producing this film.


The shooting of this film commenced on  June 4th with the ritual pooja held in the presence of the cast and crew. Actor Sivakumar and Suriya graced the occasion of the movie launch. Actor Sivakumar gave the first shot with the clapboard and Suriya switched on the camera. 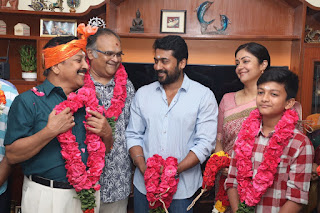 The shooting will be held in a single stretch schedule in Chennai for 50 days. The entire star-cast has given bulk dates for this film. The plans are on to release the film in October 2018. 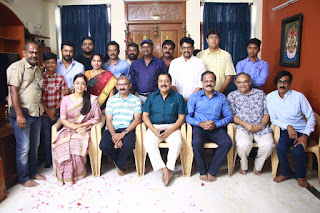