Gypsy will be a reality check - Jiiva 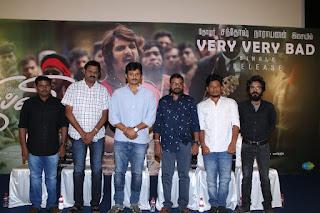 Speaking at the single track release of the song Very Very Bad, Jiiva said, " The film will be a reality check for many. We travelled all over the country and though the hero goes tbrough his own track of a love story, many controversial events keep happening in the background. There was a horse called Che who was with me all through the shoot. I had to learn how to handle him. "

Said lyricist Yugabharathy,
"This will be an important film  for Jiiva. He prepared himself for this role. He grew his hair and learnt horse riding.The film travels all over the country and exposes the difficult situations  people face. Santosh Narayanan's music is ideal for  this film." 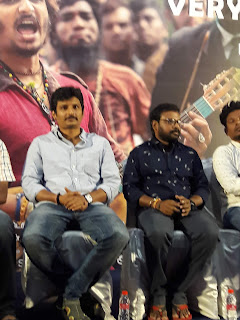 Speaking about Jiiva producer S Ambedkumar said the film will bring him a lot more name than even his previous films like Ee, Ram , Katradhu Tamil etc.

Director Raju Murugan said,"I wanted to show media the Very Very Bad song. This film could not have been made at this time without our producer's efforts. Its only via Yugabharathy that I met him. Without Jiiva I couldn't have made a film like this.  Its a hero -centric film and I thank him for speaking my dialogues. The film is not a political film but reflects life. From Nagapattinam to Kashmir we have travelled all over. Its a musical film with 9 songs."