The National Award winning actor Keerthy Suresh celebrates her birthday today. On the occasion, StoneBench Films and Passion Studios released the intriguing title and first look  poster of their next production.
Titled Penguin, it shows a pregnant lady in silhouette , raising the curiosity bar by leaps and bounds. The last time one saw a similar poster of a pregnant lady, was Vidya Balan in thecsuper hit Kahaani ( Hindi). 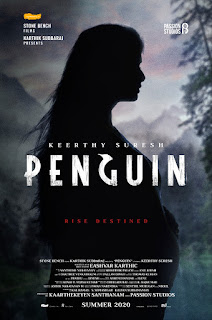 Known for essaying the unconventional with ease ( think Mahanati), this could be one more feather in Keerthy's cap. The tagline to the title  is 'Rise Destined'. 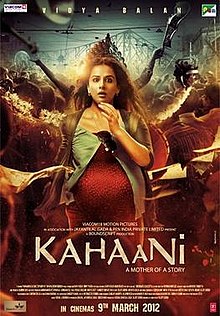 The film is written and directed by Eashvar Karthic and has music by Santhosh Narayan.

The poster credits list states, ' starring : Keerthy Suresh' which highlights that  it is one more woman oriented film in the industry,  and another for the actor after Mahanati.


This  is surely a good indication for the way Southern cinema is going ,with heroines leading the way,  in films like Arundhati, Aruvi, Maya, Aramm, Airaa,  Mahanati, Oh Baby and  Game Over,  to name a few.