When content is strong, films have no boundaries- Rakshit Shetty

After the super pan- Indian success of KGF from Yash of the Kannada film industry, now its another Kannada star who is going pan -India with his film, titled Avane Sriman Narayana.

Actor Rakshit Shetty who is also the screen writer of his film,  was in Chennai for the Tamil version launch with his co-star Shanvi Shrivastav. The film is directed by Sachin and produced by Pushkar Films. 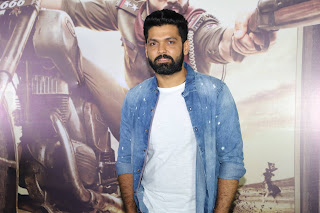 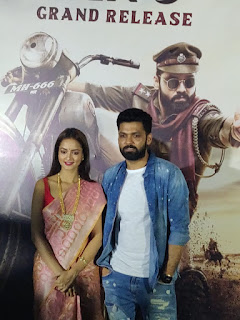 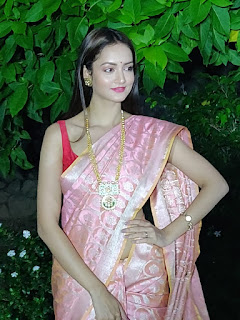 Rakshit revealed that he was inspired by Tamil  films, actors and directors ( like K Balachander and Kamal Haasan) to a large extent,  as he used to watch several languages films from childhood,  in Udipi.

The film is being released by Screenscene and Rakshit was thrilled that it was the same company that had released  Bigil. Shanvi said, "The film is a result of 3 years of hard work and a passion for cinema. "


The film is being released in Kannada, Tamil, Telugu and Hindi after being inspired by the success of KGF across India. " When content is very strong,  then films have no boundaries is what I have learnt, " said Rakshit.