Sibiraj is looking forward to his next release Walter. In the meantime he is busy shooting for his next film Kabadadaari which is a bi- lingual in Tamil and Telugu and is directed by Pradeep Krishnamoorthy.

Recently Suman Ranganathan joined the cast in a key role. She shot for a song and dance number apart from a few scenes in the film at a giant set in Chennai. 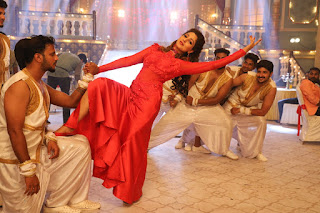 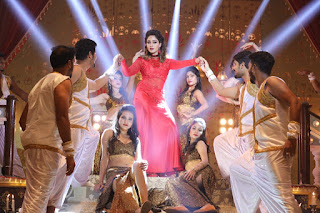 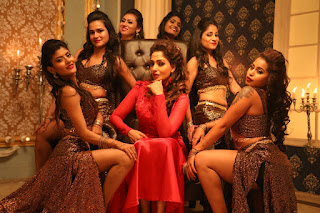 Incidentally it was actor Pooja Kumar, who was earlier signed by the makers to play a vital role. But she has now been replaced by Suman Ranganathan who had essayed the same role in the original Kannada version. It maybe recalled that Suman has shared  screen space with some of the leading heroes in the 90s (acted in films like Vijayakanth's Maanagara Kaaval, Arjun's Mettupatti Mirasu) and a few years back was seen in Ajithkumar's  Aarambam.  This is probably her comeback.

Dhananjayan G, Creative Producer of Creative Entertainers and Distributors ecplains the replacement,  “We are very happy to have Suman Ranganathan onboard to play this role. In fact, we were very excited to sign Pooja Kumar for this role. Unfortunately, she couldn’t be a part of this film due to her sudden trip to USA."

Speaking about the current status of the film, Dhananjayan G, who is creative producer  apart writing the adapted screenplay and dialogues along with John Mahendran, says that only 20 more days are left for the entire shoot to wrap up.

Produced by Lalitha Dhananjayan for Creative Entertainers and Distributors, the film stars Sibiraj and Nandita Swetha in the lead. The others in the star-cast includes Nasser, Jayaprakash and J Satish Kumar. Simon K King (Music), Rasamathi (Cinematography), Praveen KL (Editor), Videsh (Art Director), M. Hemanth Rao (Story) and Dhananjayan Govind-John Mahendran (Adapted Screenplay-Dialogues) are the others in the technical team.

With just 20 more days for the shooting to wrap up, the makers are planning to release the film for Summer 2020.