The first big public event of 2021 in Kollywood took place today at the Albert theatre in Chennai. The occasion was the grand audio launch of Silambarasan's Pongal release Eeswaran. The hero made  a mass entry at the thiruvizha kind of event that was a shot in the arm for fans who have been longing for the comeback of their hero. 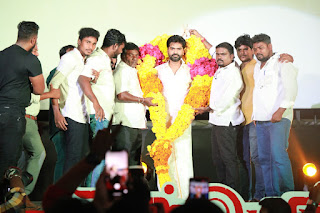 The film's heroine Niddhi Agerwal was present along with Bharathi Rajaa Nandita Sweta, Kaali Venkat, Bala Saravanan, Mahat Raghavendra and others. The music is by Thaman.

This is Tollywood heroine Niddhi's first big public event in K Town as she makes  a grand debut here this year with Eeswaran in Theatres and Bhoomi on OTT in January. 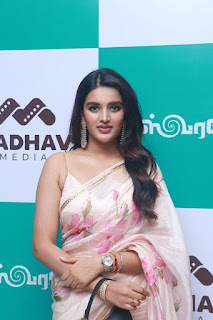 Clad in veshti- sattai, Simbu looked dapper as he took in the cheers of the crowd. Speaking at the event he disclosed that Suseinthiran's sheer positivity in the script that gave him an uplifting experience, which prompted him to take up this film in the lockdown. He added that he had a lot of pent up negativity  which had added to his weight issues and career obstacles. How he overcame all that and transformed himself was astonishing for even him.  He urged fans to stay away from envy and negativity and added that God is watching everyone and their actions.
( click here for Simbu's full speech). 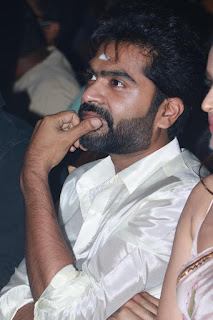 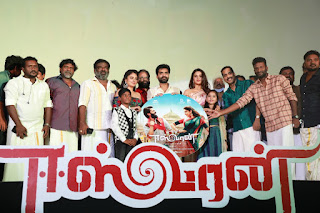 Director Suseinthiran was all smiles at the event. It was disclosed that the director would team up with Simbu once again for a second film which will release on Diwali 2021. 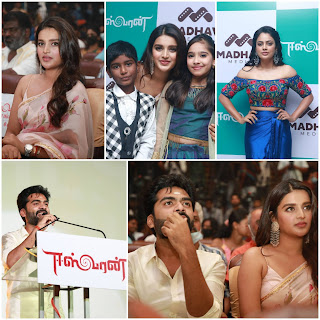 The Albert theatres was grandly decorated in a festive manner and fans were thronging the venue. Festive drums were beating as fans cheered for their hero.  Social distancing seemed to take a hit though! For Simbu, its a huge comeback after his new slim, trim avatar and he is hugely optimistic about the film. 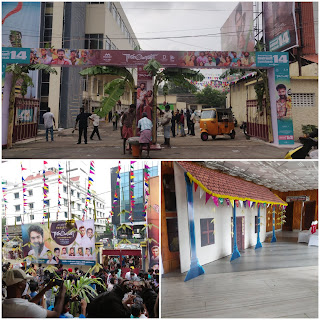 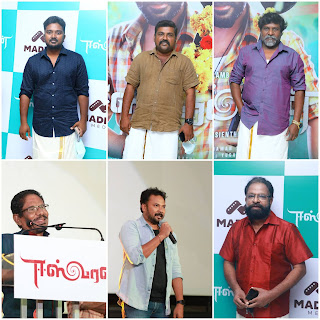 The film releases in theatres on January 14th.