Actor Ajith Kumar has issued a written statement on his disappointment with his fans' recent behaviour and  requested them to be patient and maintain discipline on the issue of his next film Valimai's updates. 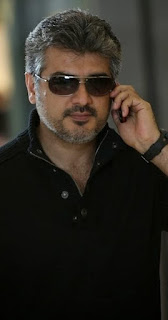 Fans have been trending the Valimai Updates hashtag on social media and even demanded updates during a political rally and a cricket match recently.

All this has prompted Ajith Kumar to request fans to show restraint and conduct themselves with dignity in both public and online forums.

He explained that cinema may be entertainment for them but is a profession for him. Therfore he would issue updates on the befitting  date and time after due discussions with the producer.  His decisions would impact his career and society he wrote, requesting everyone to maintain dignity. It is our actions that would reflect our respect in society he added. 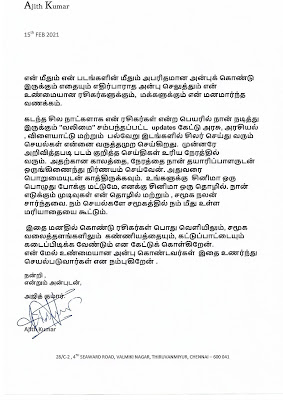 " I'm sure those who have true affection for me will keep this in mind" he concluded.

The statement was put out in Tamil via his PRO Suresh Chandra. Valimai is directed by H Vinoth and produced by Boney Kapoor.