Oh Manapenne starring Harish Kalyan and Priya Bhavani Shankar, directed by Kaarthikk Sundar  is all set for the worldwide premiere on Disney Plus Hotstar on October 22, 2021, onwards. The cast and crew members of this film were present to interact with the press and media channels recently. 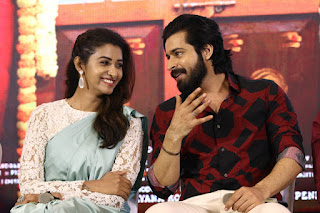 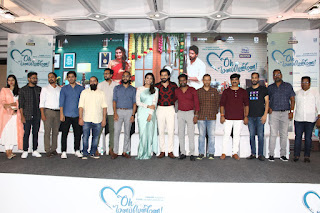 Here are some of the excerpts from the event….Producer Balaji Kappa, Madhav Media said, “Director Kaarthikk Sundar has exerted his heart and soul into the making of this movie. Harish Kalyan and Priya Bhavani Shankar have extended their complete support. If there are few more artistes like them in the industry, I am sure no producer would go through hurdles. Although Vishal Chandrasekhar took some time to create music, he has delivered magical songs. The entire cast and crew have shown complete dedication to the movie. I am looking forward to working with the same team in one more movie, and of course, I will be making an official announcement over a project with Harish Kalyan in the lead role.”Producer Deva said, “Harish Kalyan is my close friend. It was easy and delightful to be working with him. I would like to work with him on many projects, and we will be surely collaborating soon.” 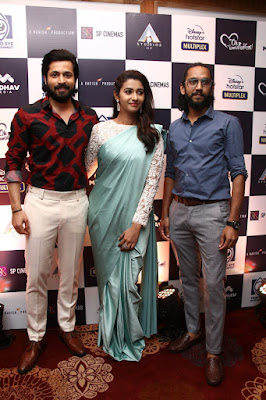 Cinematographer Krishnan Vasanth said, “I have worked with many debut filmmakers, and all of them have been good projects. When I heard about this movie, I got so curious to work in this movie. Both Harish and Priya have done a fabulous job in this movie. The entire team of actors and technicians have rendered an excellent effort towards their respective roles and departments.” Music director Vishal Chandrashekar said, “It was a wonderful experience to work in this movie.  Director Kaarthikk Sundar is a talented powerhouse. Since the story and screenplay are neatly done, it helped me to shape the songs in a good way. I am glad that songs are getting a good response. My favourite song on the album is Bodhai Kanavu. Anirudh has done a fabulous job with this song.” Director Kaarthikk Sundar said, “Pelli Choopulu is a very special film to everyone, who has watched it and I am no exception. When I got an opportunity to remake this film, I was really happy, and at the same time, felt responsible. The entire film is a package of emotional moments, and I had to convey it very well and neatly with this remake. We have done some changes to the Tamil remake adapting to the regional aspects. Harish Kalyan and Priya Bhavani Shankar have become the main pillar to this movie.” 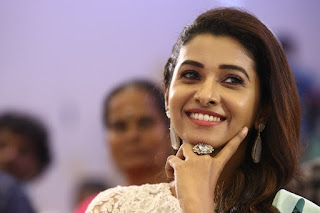 Actress Priya Bhavani Shankar said, “If an artist wholeheartedly works on a project with complete satisfaction, it becomes a successful movie. In this aspect, the entire cast and crew of this movie are happy with the way, Oh Manapenne is shaped up. I am so glad and happy to have got an opportunity to do a character like this. It is a character that someone can easily relate to. Usually, almost all my films would offer me a role that accompanies heroes, but I will be confident enough to say that Oh Manapenne belongs to me.” 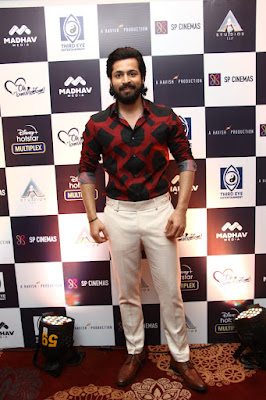 Harish Kalyan said, “ I was so  happy after watching the movie Pelli Choopulu and was even curious to see if someone would remake it in Tamil.  I felt some strange connection with this movie and was exhilarated working on this project. I am glad that the entire team has done a fabulous job. On the behalf of this crew, I thank actress Priya Bhavani Shankar to have accepted our offer to be a part of this movie despite her busy schedules with 18 projects. The movie is getting premiered on Disney Plus Hotstar on October 22. It will be an enjoyable movie for the audience. Director Kaarthikk Sundar and I are great friends, and we both wanted to work together on a movie. I am glad that our long-run dream has come true now. All the characters in the movie will be something that everyone will be easily related with. I am confident that the movie got released on a platform like Disney Plus Hotstar will have a better and fabulous reach. My favourite song in the film is Bodhai Kanave. The songs have come out very well. The entire team has done great hard work and we have given our best. We hope everyone will enjoy this movie.”Produced by A Studios Koneru Sathyanarayana & Ramesh Varma Penmetsa and A Havish Production, Production by SP Cinemas, Agency Partner Kwan South, Oh Manapenne will be released by Madhav Media and Third Eye Entertainment 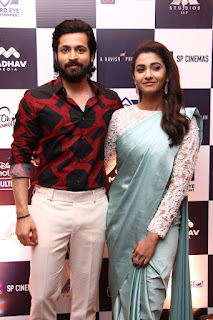