The film is a fictional account based on real life characters of the iconic Komaram Bheem and Alluri Seetharama Raju. Set in the 1920's British Era, the film revolves around the story of a little Gond tribal girl who is taken away forcibly by a senior British officer and his wife. The valorous Komaram Bheem ( Jr Ntr) is out to get her back, all the way from Delhi, when he runs into A. Sitharama Raju ( Ramcharan), a police officer, sent by his cruel British bosses, assigned  to catch him alive. Both Bheem and Ramarao, are men on a mission, relentless, strong and full of valour. One is like fire while the other is water,  both equally powerful forces. Who then, will win this epic battle? 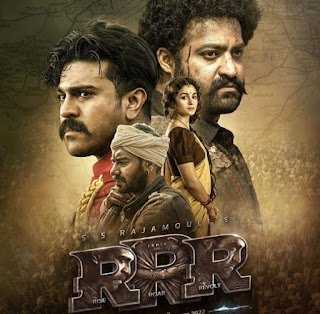 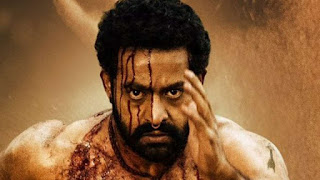 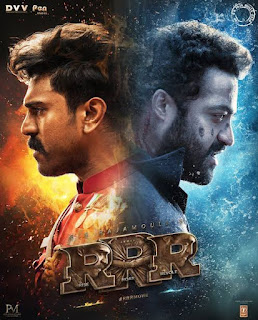 The movie is set on a stupendous scale that takes your breath away. Senthilkumar's camerawork and Maragathamani's music are the two strong pillars which enrich the film at every step.

The jaw dropping scenes, spell maginificence all the way,  be it the incredibly envisioned stunts, the forest scenes or the grand sets oozing opulence of the British Raj.

The vfx is so well done that it becomes hard to detect its existence.

From beginning to end,  Rajamouli keeps you enchanted with his play of emotions, and elaborately mind- boggling stunts, chases and fights, brought to life with the efforts and skills of the inimitable Ram Charan and Jr NTR who deserve kudos for the way they bring out the layers of their characters. Their hard work is out there to see, and appreciate, and they carry the film effortlessly on their shoulders. The way each of the them has played their respective characters is a delight to watch  with the recurring theme of friendship touching a chord with the viewer. Their camaraderie and synch is a high point and leaves an indelible mark.

The most popular Naatu Naatu song is fantastically shot and the one filmed on Jr NTR being whipped, spells  an emotional high note in the film. Watch out also for the end credits song. 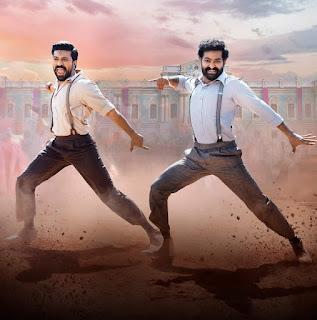 Alia, Ajay and Sriya have done well in their cameo roles. Even the British characters seem carefully chosen and aptly cast, which shows yet again, Rajamouli's eye for detail.

The way Rajamouli has woven the references to Lord Rama and highlighted the great contribution of our freedom fighters,  and centred it around the chant of  Vande Mataram,  is both moving and commendable.

On the flip side, a lot of English dialogues have been retained without any Tamil voiceovers in many parts of the film.