The First Look of ‘Kaliyugam' – A Post-Apocalyptic Thriller is out now!

- December 15, 2022
The first look of the Post-Apocalyptic thriller 'Kaliyugam', featuring actors Shraddha Srinath and Kishore in the lead, has now been released.
Produced by Prime Cinemas proprietor KS Ramakrishna under the banner RK International Inc., the film has been directed by Pramodh Sundar. Actress Shraddha Srinath, consistently garnering phenomenal reception for her spellbinding performances in all her movies is playing the lead role in this movie. Actor Kishore plays a pivotal role in the film, which has cinematography by K Ramcharan. 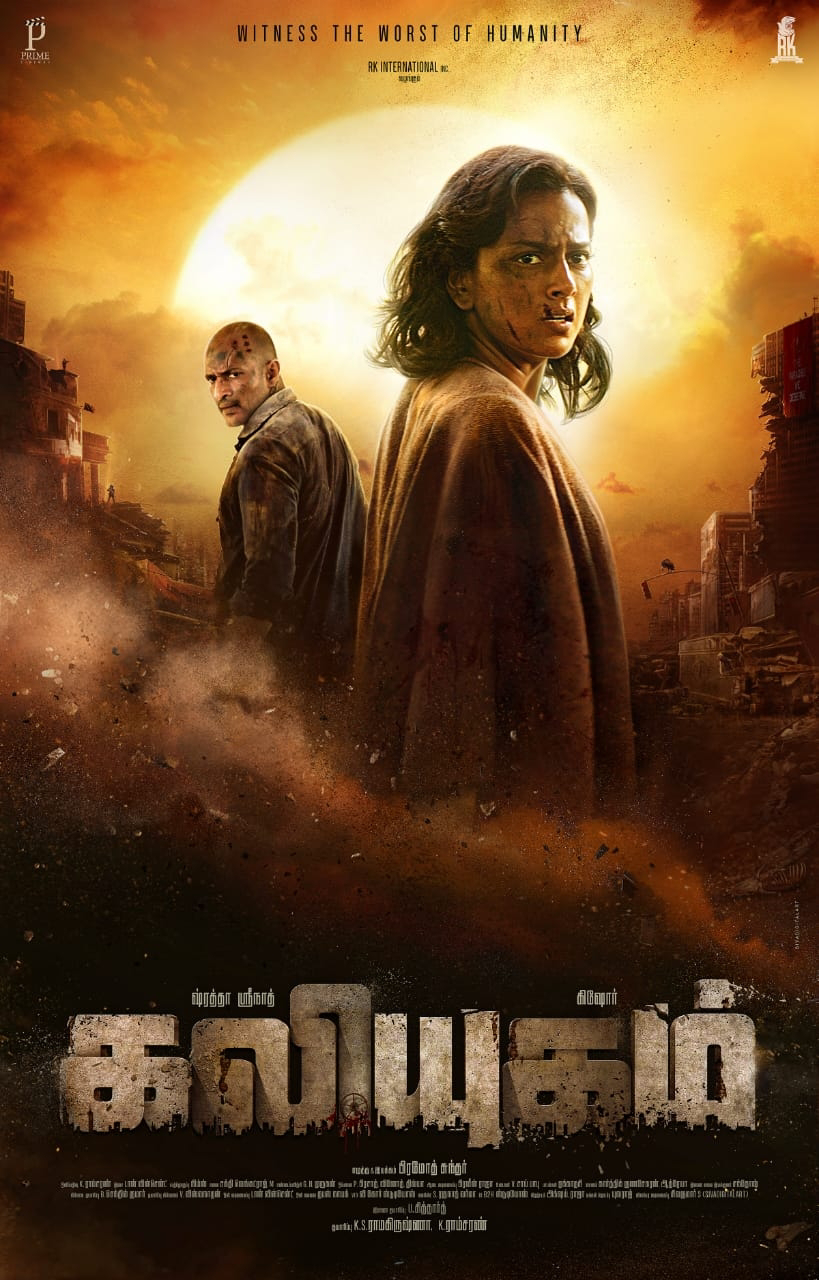 Nimz (Editing),
Sakthee Venkatraj M  (Art), G.N. Murugan (Action), Dawn Vincent (Music & Sound Designing), Tapas Nayak (Sound Mixing), Praveen Raja (Costume Stylist) and S Raghunath Varma (Colorist) are the others in the technical crew.
The intriguing first look poster was designed by Sivakumar (Sivadigital Art), which encapsules the movie’s mood and theme with lot of intricate detailing.
Director Pramodh sheds light on the film saying, “'Kaliyugam' will deal with issues that people might face after World War III. The screenplay addresses several contemporary crises including the after-effects of the war and the loss that many countries across the globe are going to suffer as a consequence."
With the Post-production work proceeding briskly, this first look gives a picture-perfect scenario of the film’s gist. It’s noteworthy that audiences are instilled with huge expectations ever since the fact was revealed that Kaliyugam will be a Post-Apocalyptic Thriller.
The official announcement regarding the film’s trailer and worldwide theatrical release will be made soon.