'My dream is that a sports film like Kanaa about a village girl making it big in cricket should become a big hit in China like Dangal,' said actor Sathyaraj at the Kanaa Press Meet. The film's tagline is 'dream big' and the veteran actor voiced his dream for international recognition just like the Aamir Khan starrer which was about women wrestlers and broke records in China.

The film is the debut production of  hero Sivakarthikeyan and is based on women's cricket. Directed by debutant Arunraja  Kamaraj its slated to release on December 21st. 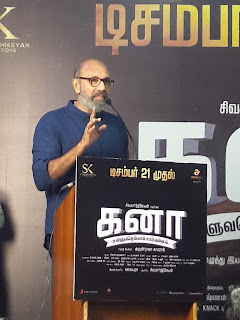 Said debut dirctor Arunraja,' I maybe called director but its my friends who helped me in my struggling days who have pushed me to towards this day.'  Talking about the film he said, ' We planned to shoot the sports bits giving the feel of seeing a match on TV. Sathyaraj sir gave me a huge support with his presence in the film and by şaying yes to this film which is about a father-daughter bond.' He praised his close friend Sivakarthikeyan for supporting his script urging  him to go all out and make a good film without bothering about the financials.
The presence of the sound  engineers Suren and Koothan on stage was applauded by the team. 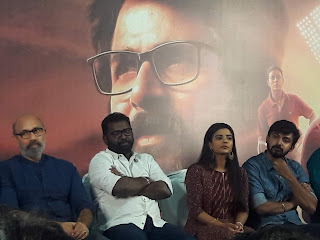 ' With all the hard work she has done, Aishwarya Rajesh should become as popular as Aishwarya Rai ,' said veteran actor Ilavarasan praising the heroine who worked hard to play a cricketer without any prior detailed knowledge of the game.

'I had a big dream to be an actor and Sivakarthikeyan anna gave me this opportunity. Aishwarya mam has worked so hard, and had several injuries during shoot. She deserves kudos for that,' said debutant hero Darshan.

Speaking about the bonding with her teammates, an emotional heroine  Aishwarya Rajesh who is eager to see the dream project on screen said, ' I thank my director and producer for this film. People talk about my hard work but its actually my whole team who pushed me and supported  me to do whatever I did. My dad died when I was 10 years. But I spent a lot of time with him and I remember him. Its in this film that I got the feeling of spending time with my father again, with the real bond I shared with my screen father Sathyaraj sir."

A making video was screened which showed the detailing and hard work and long hours of practice snd matches  by the team. 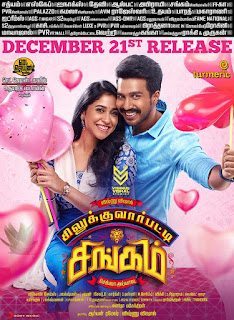