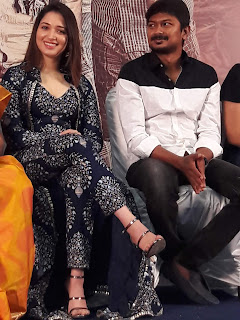 The film is set in a rural backdrop. Speaking at the press meet the director said, ' Udhayanidhi has acted so realistically in the film. He has lived the role of Kamalakannan. He has adapted himself totally to the script. As a producer he gave me total freedom.He would always keep asking questions on sets. I thought I only Vijay Sethupathi is ny biggest support but in Udhayanidhi I have found another big support and a most realistic actor.  The days we spent on shoot were blissful  for all of us. Tamannaah is a beautiful soul. Saraswati is residing within her. If she was not in the film I could not have concieved the role with any one else. I want to do more films with her." 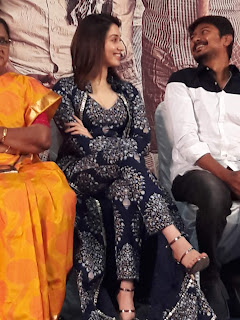 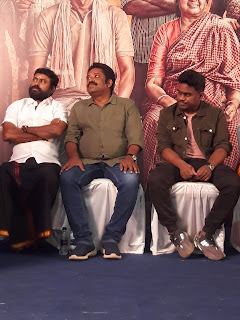 Heroine Tamannaah said she was overwhelmed to be working with Seenu Ramasamy again and being a part of the film playing Bharathi. " I want to act with Udayamidhi Stalin again. I think our romantic  pairing is amongst my best on screen, ' she added.  Veteran actor Vadivukkarasi has played  the hero's grandmother.