Megastar Chiranjeevi’s project #153 was launched at a grand ceremony today at Super Good Office at Hyderabad's Film Nagar. The film, a remake of Malayalam Lucifer, is to be directed by Mohan Raja. 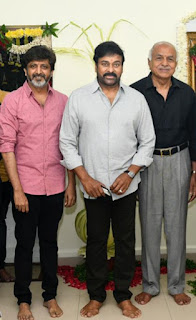 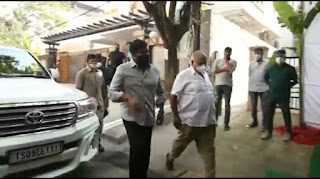 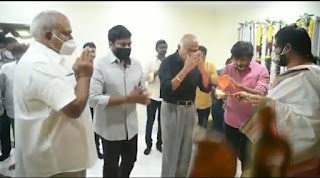 Music Director S S Thaman is all set to provide music to this mega project. 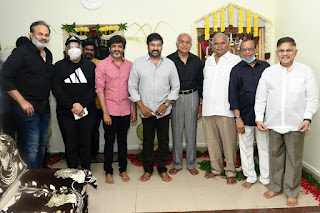 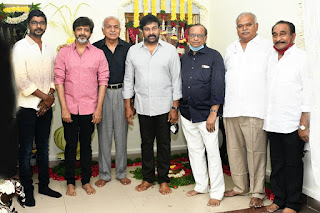 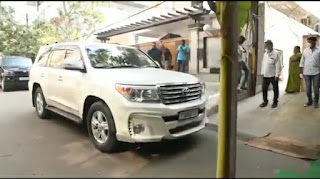 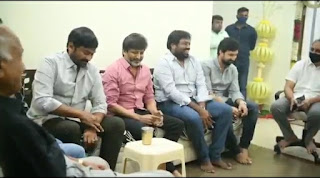 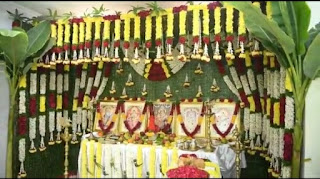 Mega Project #153 producers R B Choudhary and N V Prasad while speaking to media on the occasion, said that they were planning to start regular shooting from February onwards.“Director Mohan Raja made suitable changes to the original script and improvised it that suits our nativity,” said the producers. The project will not only be a mega-blockbuster hit but will also remain one of the most prestigious movies in Megastar’s career, said the producers.

Director Mohan Raja seemed  elated while speaking to the media. “I am most fortunate to direct Megastar’s movie,” said Mohan Raja. He promised that this movie will reach all the expectations of Mega fans. "This is not an original remake. We took the outline and improvised the story according to Megastar Chiranjeevi garu's image. The production team said that it would announce the other cast and crew, shortly."