The Tharun Kumar - Abarnadhi starrer Thaen is finally releasing  on 19 March after a delay. 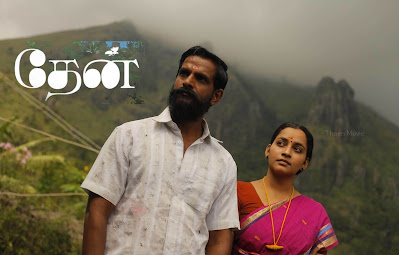 The film has been receiving rave reviews from the media. Directed by Ganesh Vinayakan, the film deals with the travails of couple who are required to prove that they are residents of their hillside village ( where the lead character Velu, does beekeeping)  and the hardships they go through on order to do so,  running from pillar to post in the bargain. The couple live in the Nilgiris forests and several issues like corporate greed and the sullying of forests etc have been touched upon. The film also showcases the exploitation of the innocent by city dwellers. The realistic portrayals and performances add to the appeal of the film. The director revealed that the film was inspired by true events in the lives of certain tribal communities. 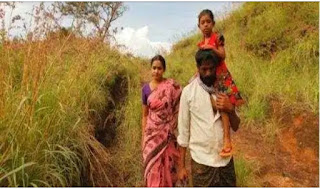 The film also stars Bava Lakshmanan and Arul Doss. The camerawork which has come on for much praise is my M Sukumar.The film is being released by Sakthi Film Factory.