Blood Money is directed by Director Sarjun KM and produced by Irfan Malik on behalf of Emperor Entertainment.

Actress Priya Bhavani Shankar, "I play a journalist in this Film, a very empathetic one. It is like life has come a circle for someone who started as a journalist. Very happy to be part of this suspense filled drama". 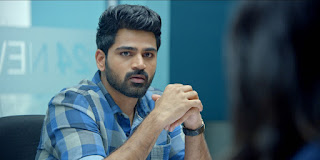 Actor Kishore Said, "Migration for livelihood is not a new phenomenon. With increasing population and urbanisation it has become the norm. Blood money is a sensitive portrayal of the plight of people who travel abroad in search of livelihood. It also emphasizes the role of media in bringing about a change of mindset in today’s society. By the end of it all it will make anyone think twice before leaving everything behind and travel abroad to an unknown land in search of a richer life. It gives us hope in showing how constructive media can be. It’s a pleasure associating again with Sarjun known for his portrayal of sensitive subjects through his short and feature films".

Actor Shirish Said, "Blood Money throws light on the power of media and the extent to which it can go to prove that innocent lives are valued more than the headlines".

Director Sarjun KM Said, "A proud moment to be the director of one of ZEE5’s most prestigious projects "Blood Money". With amazing filming experiences in some of the exotic locations and with great actors, Blood Money is super special for me!".

Producer Irfan Malik Said, "It is an honor to associate with ZEE5 on creating this amazing project Blood Money".