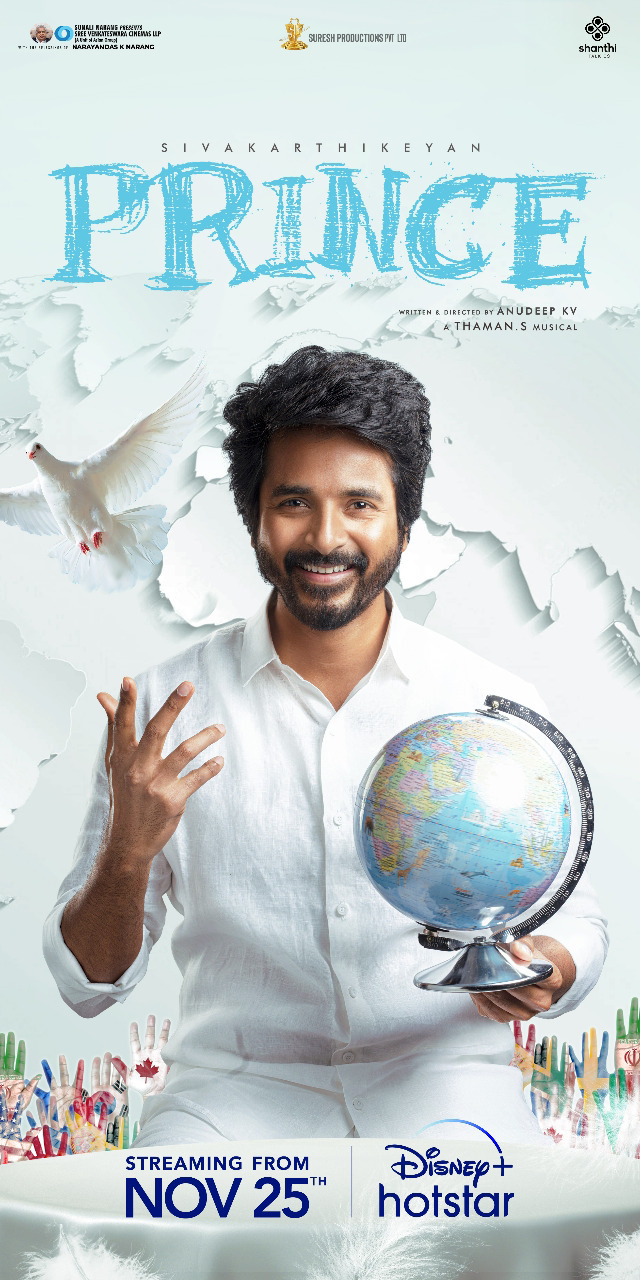 'Prince', a full-fledged romantic comedy, won hearts hands down for a number of reasons -- K V Anudeep's unique brand of humour, Sivakarthikeyan's screen presence and comedy, Sathyaraj's commanding performance and the charm of Maria Ryaboshapka.
Prince is about a Tamil boy, Anbu (Sivakarthikeyan), falling head-over-heels in love with a British girl called Jessica (Maria Ryaboshapka). While Anbu teaches social science in a school, Jessica teaches English in the same educational institution.
Anbu is certain that his dad, Ulaganathan, an anti-casteist who is particular that his son must marry outside their caste, would be delighted with his choice and pose no objection to his wedding considering the fact that he was not just marrying outside their caste but that he was marrying a girl from an entirely different country. However, that is not to be. Ulaganathan hates the British because of his father being killed by them.  How Anbu overcomes this difficult situation to wed his sweetheart is what 'Prince' is all about.