Nakul next celeb to join TV, on ColorsTamil show 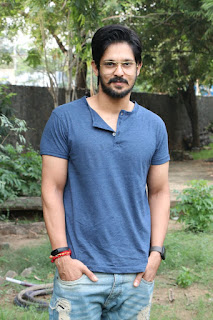 Flanked by two other celebrity judges, Nakul is expected to bring verve and chutzpah to the show, living up to the dancing star image that he has created in his last movies, Kadhalil Vizhunthen (Nakku Mukka) and BOYS.
The all-new dance reality show, Dance vs Dance, will go on air later this month and promises to wow audiences with its unique format; it also aims to give young talented contestants the platform to showcase their moves and create a niche for themselves.
Making his appearance in Tamil Television for the first time, Nakul will be seen deliberating over various styles of dance. He will of course shake a leg with the contestants too, putting the show in the unmissable category.
Intense competition and electrifying performances are likely to be the norm, making his job and that of prominent choreographer Brinda that much tougher. They will be accompanied by a third judge, who will be a surprise guest.
Stay tuned to COLORS Tamil to know more about Dance vs Dance and the new macho judge in town.
Colors Tamil Nakul