- September 23, 2018
by Rinku Gupta
All eyes were on the latest young entrant to Kollywood at the Varma Teaser launch. The Arjun Reddy remake is the launch pad of Chiyaan Vikram's son Dhruv Vikram paired opposite newbie Megha Choudhury and Raiza Wilson. 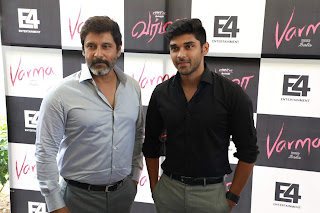 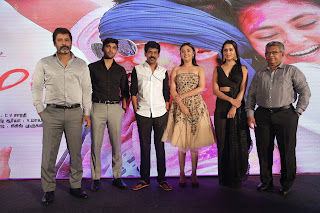 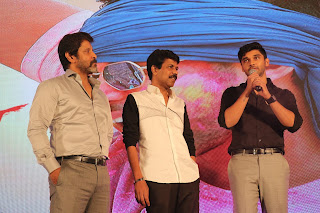 A proud dad Vikram, introduced his son to the media before a cake was cut on stage to celebrate his birthday. 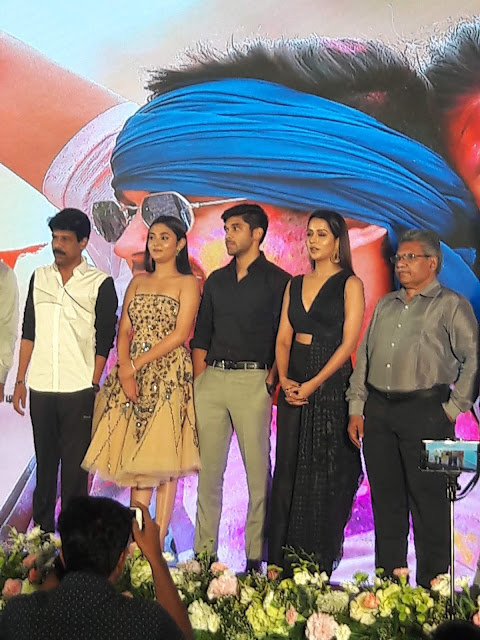 The film is undergoing post production and its  release date will be announced after 15 days said Producer E4 fame Mukesh R Mehta.
Bala was all smiles on the occasion and revealed that Dhruv had done his part well.

Producer Mehta revealed that he had seen an old dubsmash of Dhruv which impressed him a lot and made him confident that  Dhruv was the perfect choice to essay Vijay Deverakonda's iconic role in this Arjun Reddy remake. 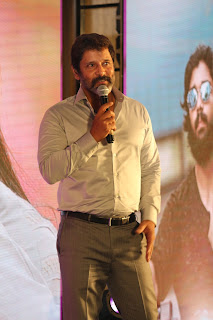 " When Bala's name was put forth for director, I wondered if Bala could direct a youth film like this but then I thought about how Raj Kapoor had made a superhit young love story like Bobby and I was then convinced he was the right person to launch Dhruv,"said Mehta.

A visibly overwhelmed Dhruv admitted he felt  sense of responsibility when he saw how fans put up posters of his film everywhere.