Dev is a film without Negativity

- February 04, 2019
by Rinku Gupta
Dev, starring Karthi and Rakul is directed by Rajath Ravishankar, a debut director.
The film is a breezy romance but execution of the script was difficult within a particular time. " Producer Lakshman Kumar was a big help. Rakul has played a very impactful character. Im a fan of Karthi and very happy he took up the film. Harris Jayaraj has been a big support and has been working night and day till now,"said Rajath. 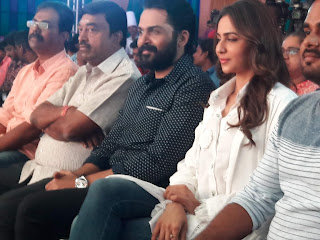 Karthi said " This is a love story with a depth and yet set in modern times. I had to change myself a lot for the shoot. Its very rich visually thanks for Velraj sir. 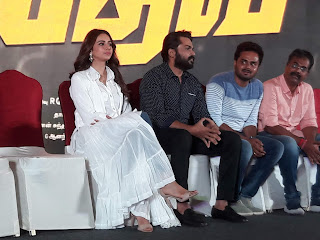 Harris Jayaraj composed 4 songs in 10 days and gave us such lovely songs. We kept a lot of script readings with Rakul, Vignesh and Amrita. I was so impressed with thier knowledge about cinema." 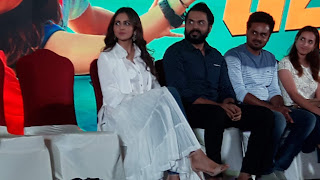 About Rakul he said , " She fits the role ideally. I have seen her always giving sound messages during shoot of Theeran. Because she runs a fitness business as well. When I heard this story I felt she would be ideal for this role." 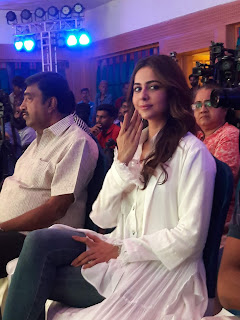 Karthi disclosed that Producer Lakshman Kumar was his childhood friend since LKG and he was very glad to be working together in cinema in this stage of thier lives.  " We have grown up together, been to school together and I have spent more time in his house so this is a very emotional moment for me." 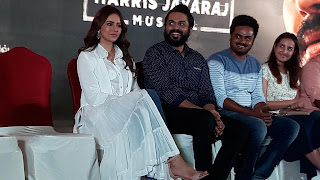