The forthcoming election of Nadigar Sangam (South Indian Artiste Association) is all set to happen on June 23. 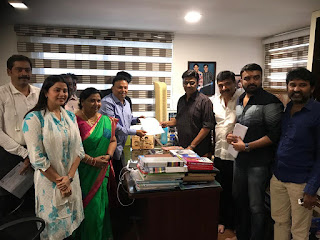 At this juncture,  It is now confirmed that a new team formed under K. Bhagyaraj and Dr. Isari K Ganesh will be contesting. Veteran actor K Bhagyaraj will be contesting for the position of President and Dr. Isari K Ganesh for General Secretary. Kutti Padmini and Udhaya AL will be contesting for Vice-Presidents. The executive committee members of this team comprises of Mrs. Poornima Bhagyaraj, Mrs. Sangeetha, Mrs. Arthi Ganesh, Mrs. Gayathri Raghuram, Mrs. Ranjani, Mrs. Sivagami, Mr. K Rajan, Mr. Pandiarajan, Mr. Chinni Jeyanth, Mr. Ramesh Kanna, Mr. Shyam, Mr. Bharat, Mr. Srikanth, Mr. Vimal, Mr. Nithin Sathya, Mr. Ayup Khan and Mr.Maruthupandian. In addition, few more drama artistes will be a part of this team. The official announcement regarding the name of this new team will be made shortly in time.