There are shades to my character in 7 - Regina Cassandra

After Silukuvarpatti Singam opposite Vishnu Vishal, this pretty heroine is back this week with her next Tamil release, 7.
Regina Cassandra plays the role of an 80's girl who is bold and daring and will  go to any lengths to get  what she wants. 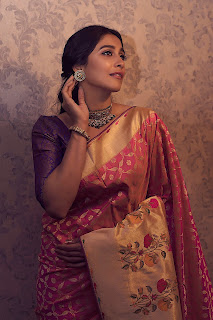 Speaking about her  role which is multi-layered, Regina says, " I thoroughly enjoyed it beacause I love essaying different characters.
However, there are shades of my character Saraswathi that I as a person would never be able to relate to but as an actor, I only hope I've done justice to it."
The thriller stars Havish as her co- star.

Playing a rural girl of the Eighties, and daughter of a rich man in the village, the glam actor worked particularly hard on her look to get it right. 'For 7, my stylist Jayalakshmi had sourced some lovely traditional jewelry and fabrics particularly for this character." 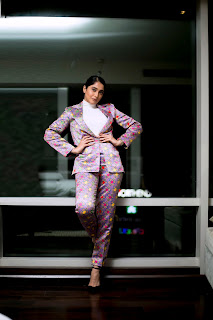 Apart from 7, Regina has big line -up in Tamil with Venkat Prabhu's Party, Kalapart opposite Arvind Swamy and Kasada Tapara.

Looks like we are going to see a lot more of this tall beauty on the Tamil screens this year.
Adivi Sesh Regina Cassandra Tollywood