- October 03, 2019
by Rinku Gupta
The team of director Naveen's Agni Sirugugal has taken off for the next leg of the shoot. 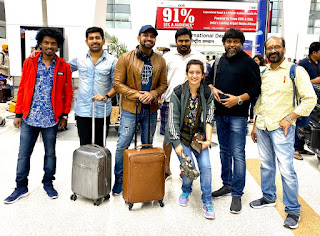 The team of Arun Vijay, Vijay Antony and  Akshara Haasan left for Russia. This is the final leg of the shoot for this action film. 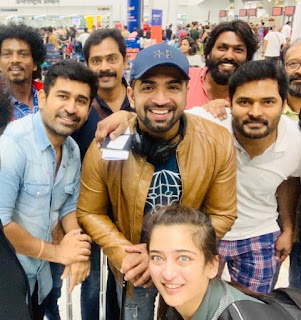 Sharing the news, director Naveen says, “We will be shooting major sequences in this schedule, which involves some breathtaking action blocks as well. We were supposed to kick-start this second schedule by last month itself. However, we had to wait for the dates of all the artistes, who are very much busy with other projects. In addition, it demanded a long phase to scout the locations and we found the locales of Moscow and Saint Petersburg as the appropriate backdrop for what we had visualized. I thank producer T. Siva sir for being so much generous in giving us time and support. It’s because of such a gesture; we are able to carry forward this project to bring the top-notch quality as we planned. We will be completing this schedule in a single stretch and are looking forward to an engrossing experience out here.” Touted to be a high-octane action thriller, the film’s first schedule was completed in Kolkata. Apart from Arun Vijay, Vijay Antony, Shalini Pandey and Akshara Haasan, Agni Siragugal has an ensemble star-cast including Prakash Raj and playing important characters. K.A. Batcha is handling cinematography and Natarajan Sankaran is composing music for this film, which is produced at a whopping budget by T. Siva for Amma Creations.
Akshara Haasan Arun Vijay Naveen Vijay Antony