Gautham Vasudev Menon and ‘Kidaari’ fame Prasath Murugesan together have wielded the megaphone for the web series titled “Queen”, a biopic based on the life of Former Late TN CM J Jayalalitha. The cast and crew of this web series  were present for the media interaction session along with the  special screening of first episode as well .


Speaking on the occasion, Gautham Vasudev Menon said, “I really enjoyed working in this new venture as there weren’t restrictions like limited time factors. Moreover, I felt this as a good and efficient story telling platform. The first season has 11 episodes and we have already started working on the script for second season. I suggest that viewers can have a very good experience watching this series on small screens although it’s available on mobile as well.” 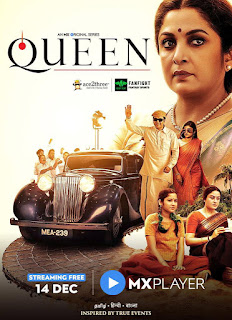 Director Prasath Murugesan said, “The script written by Reshma Gatala was one of the major elements in attributing towards the origin of this web series. When I read the script, I was really fascinated and I could easily visualise on how the output is going to be.”


Actress Ramya Krishnan said, “The script and the way how the character of Sakthi written was really impressive. This made me easily take in the inherent qualities of the character that I have played.”

The complete season of “Queen” will be streamed on MX Player from December 14.
Gautham Menon Queen Ramya krishnan