The year is sure ending on a good note for the charming actor Rashmika Mandanna. The heroine who has a garnered a huge fan base is all set to complete 4 years in films. In the meantime, right from her Kannada debut in Rakshit Shetty's Kirik Party to Telugu hits like Geetha Govindam opposite Vijay Deverakonda, she is going places. Awaiting her Tamil debut Sulthan opposite Karthi, she is now stepping into Bollywood. 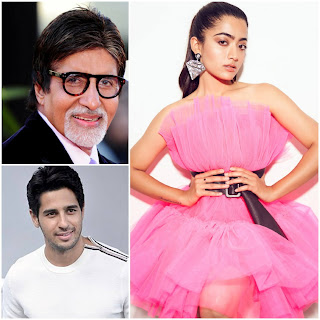 Rashmika announced her debut in Hindi, opposite Sidharth Malhotra in Mission Majnu, a spy thriller set in the 70's directed by Shanthnu Bagchi . She posted, "Well guys, here’s news for you! I’m super glad and excited to be a part of this! Here’s to a new journey!♥️"

Talking about the film she added, "Inspired by real events, the story of India’s most daring RAW mission inside Pakistan! #MissionMajnu" 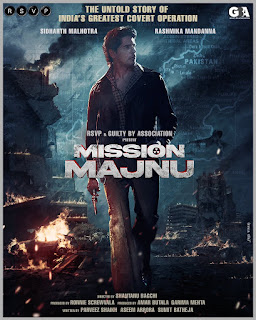 As if that was not enough, now there are media reports that she is set to play Amitabh Bachchan's daughter in a film titled Deadly, starring Neena Gupta and directed by Super 30 fame, Vikas Bahl. The film,  reportedly goes to the floors in March 2021. An official announcement is awaited.
Well here's to a flying start in the New Year for this talented actor !