Hero Karthi's next is Viruman, a rural family entertainer directed by Muthaiya of Komban fame. 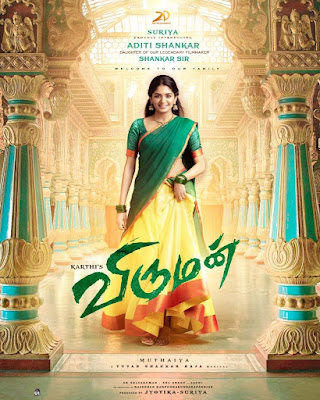 The film is produced by Suriya and Jyotika under their 2D Entertainment banner and the duo are launching a newcomer, as heroine in this film.

The buzz around the project has just gotten bigger as the newbie heroine is none other than the acclaimed, pan-Indian director Shankar's daughter Aditi Shankar, who is making her filmi debut. 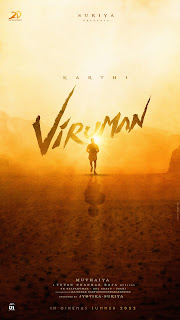 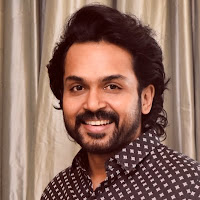 The poster welcoming her reads, 'Proudly welcoming Aditi Shankar. Daughter of our legendary filmmaker  Shankar sir.Welcome to our family!' 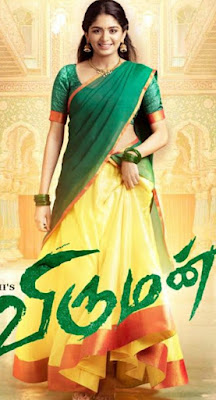 An elated Aditi has tweeted, 'So excited to have signed for this project. I couldn’t have asked for a better team to debut with. Blessed with the best'

In reply to Suriya she tweeted, 'Thank  you so much @Suriya_offl sir and #jyothika ma’am for this opportunity. Will make you proud and give my 💯 💯 hard work! '

I believe cinema lovers will shower her with love as she comes fully prepped to make her debut.'