Sanjeevan directed by Mani Sekar, released on October 14th in theatres. The film has an ensemble cast and is a unique snooker based film from the Balu Mahendra Cinema Pattarai team and is produced by Malar Movie Makers. 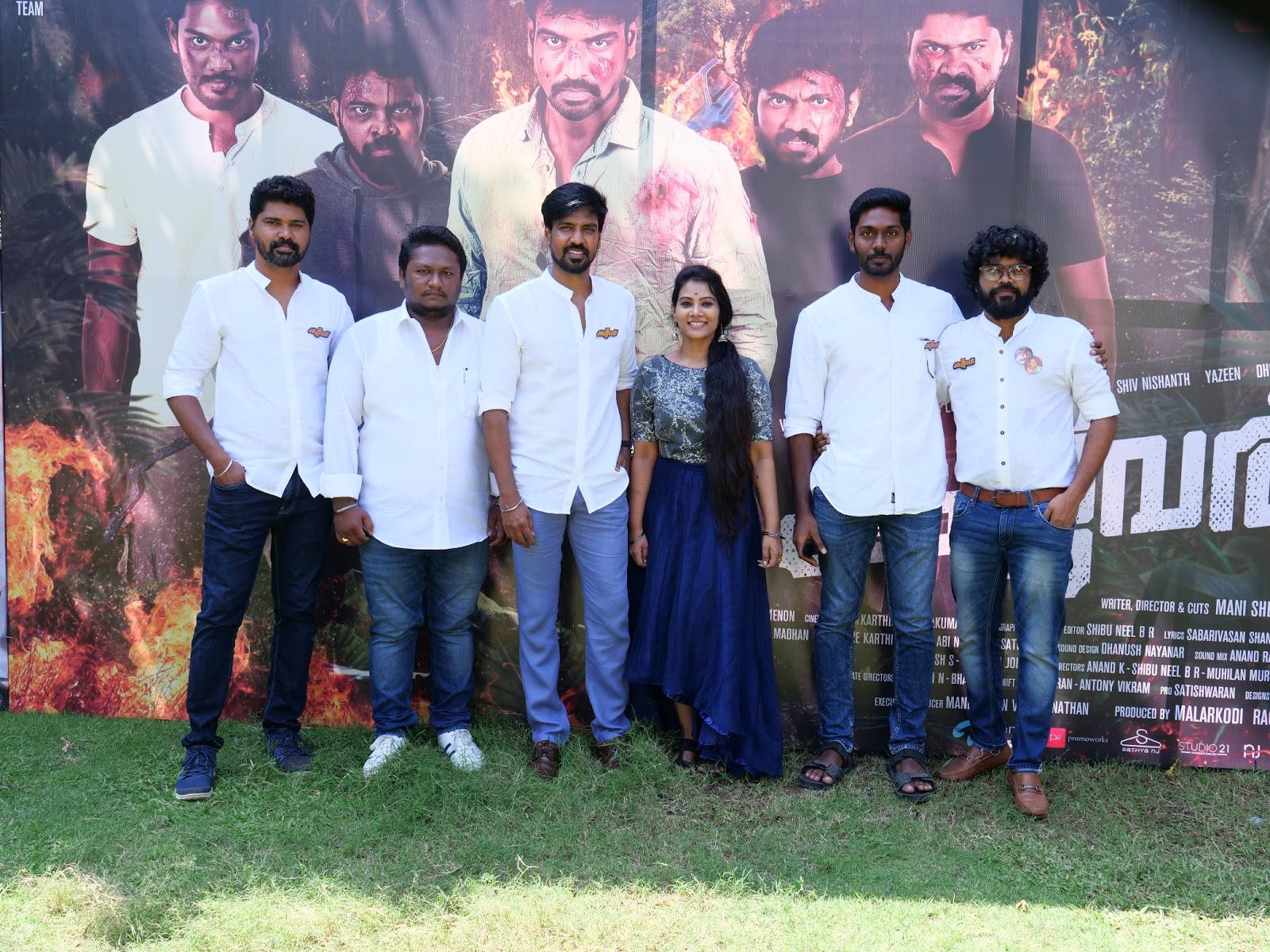 The story revolves around a group of friends (Vimal Raja, Sathya NJ, Vinod Loghydaas, Shiv Nishanth, Yazeen, Dhivya Dhuraiswamy)  who enjoy spending time at a snooker club when not at work. Their friendship is pretty thick. One amongst them, Nilan ( Vinod Loghydaas), is a snooker champ, a sincere worker and devoted to his mother. Into his life, walks in a colleague, and the duo fall in love. But just when the future looks bright at last and love is in the air,  tragedy strikes. What happens and why does it shake their world? 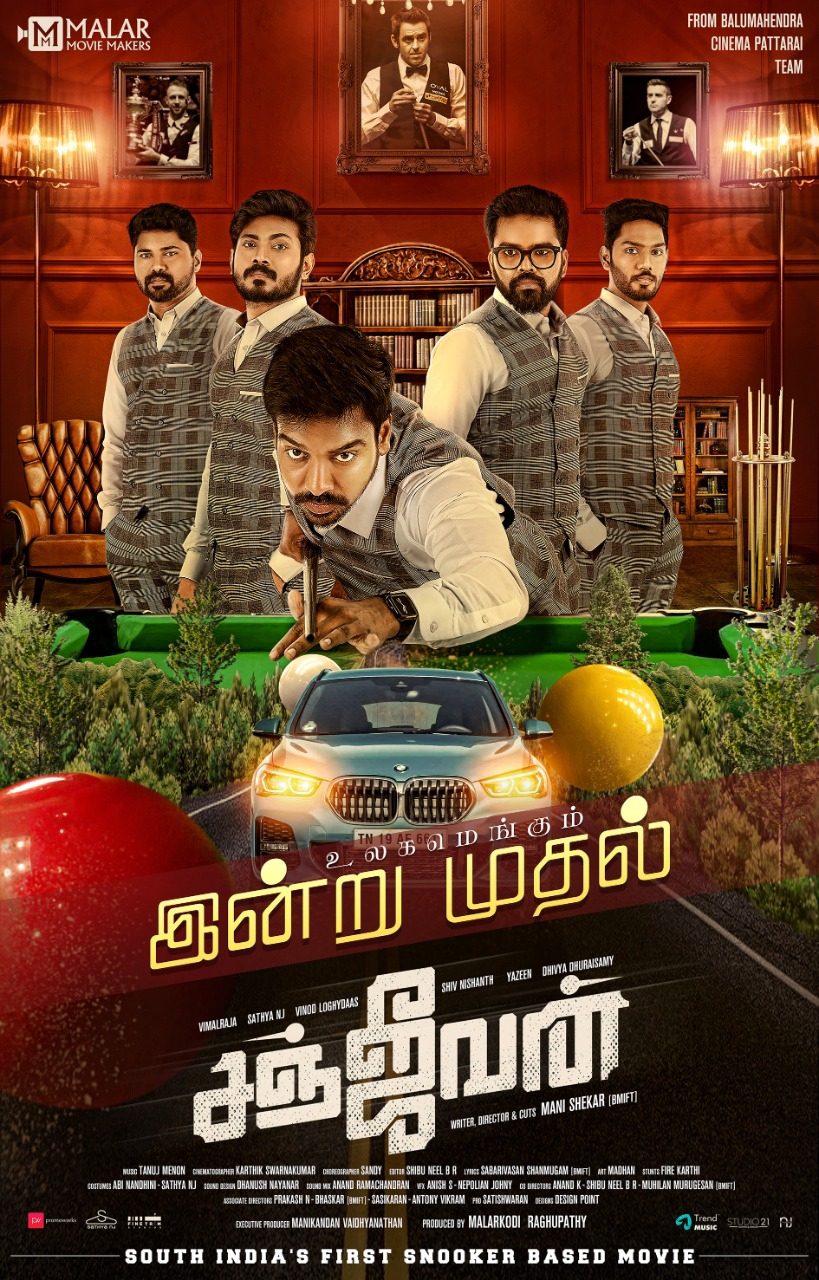 The film is made in an aesthetic manner with the top notch camera work by Karthik Swarnakumar which makes each carefully composed visual a delight to watch. Music by Tanuj Menon and editing by Shibu Neel BR and Mani Sekar is also good. The technical sttength of the movie,  makes up for slow movement in the story, which highlights moments from the lives of these friends, with doses of humor, camaraderie and tender loving moments.

There is however,  a wafer thin storyline,  and while the peek into their lives is interesting, the ending somewhat disappoints. However, touted to be South India's first snooker based film, it lives up to the hype in the tension filled, well shot snooker match scenes.  But the game is not the mainstay of the film.  The romance between the leads, though somewhat old school, makes for pleasant viewing and brings out the tender emotions  between the couple. The production values are  high which show in the making. A bit more fleshing out of a story would have added value to the film.