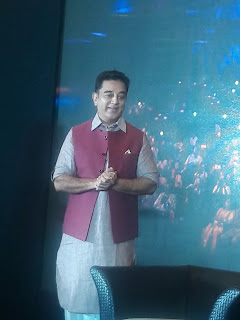 On his birthday, 7 nov 2017, Kamal Haasan  made an announcement relating to his  entry into the political scene.  He revealed that he will be launching a mobile App called  #MaiamWhistle,  which would help the public to participate in the fight against corruption by whistleblowing, thereby contributing towards nation  building at large. The app is currently in beta testing stage he revealed.. Kamal affirmed that one had to prepare well before embarking on anything and that is what he was doing at present.  All further details of his political plans would be revealed when he was fully ready with every detail in place. 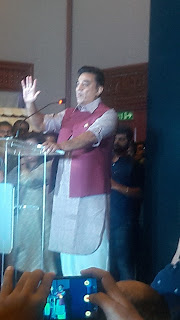 Photos credit: Rinku Gupta
In January 2018 Kamal plans to go on a tour of TamilNadu to get  feedback from the common man and assimilate and absorb thier needs and thought processes. 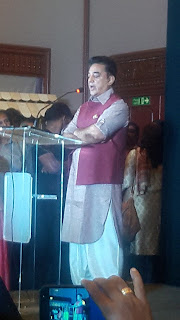 Kamal made it clear that he would complete all his current film assignments before embarking on his new political journey. 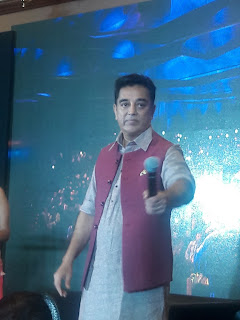 Later, fielding questions from a packed hall of media persons, Kamal gave long and detailed answers in the Q and A session after the announcements. 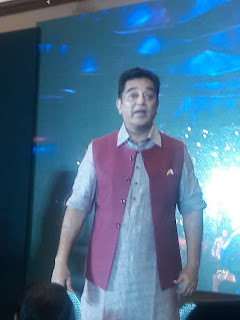 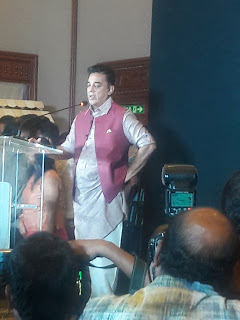 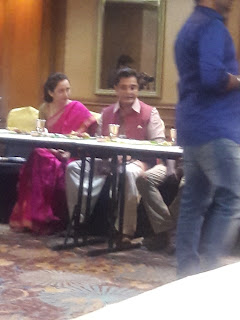 He ended the meet with a delicious sit down lunch with Media persons accompanied by his daughter, actor Akshara Haasan. Later, Kamal met friends and colleagues from the film industry who wanted to wish him.