Its not often that a Tamil film made in Malaysia hits the screens here. 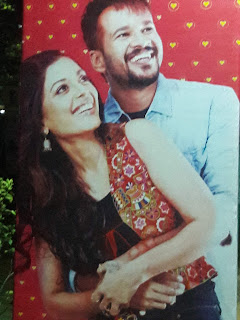 So the audio launch of Vediggunddu Pasangge, held in Chennai was a special occasion. 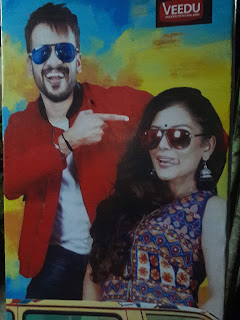 The event was graced by several celebrities from tinsel town, including Nadigar Sangam President, Nasser and ace director Bhagyaraj amongst others. 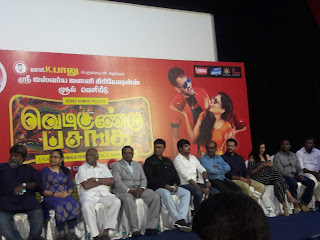 The lead pair of Denes Kumar and Sangeetha were present and all smiles. The film is directed by leading Malaysian Tamil  actor Denes's wife, Dr Vimala Perumal. 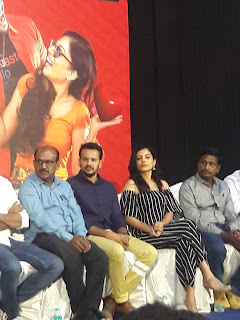 The story is touted to centre around the criminal activity of chain snatching and the film is the third in  the series after  Vilayaata Pasanga and Vetti Pasanga. 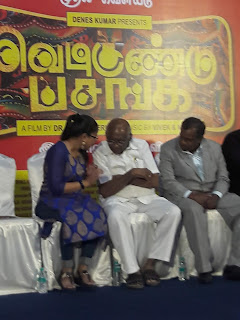 The social mesage the director is trying to put across has been laced with ample commercial elements of comedy, romance and action, to keep audiences entertained. 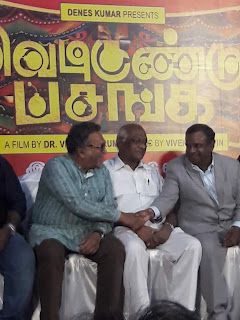 The film is being released in India by  Janani K Balu who was also present at the event. Ace Kollywood choreographer Kadhal Kandhas has worked on the dances. "One thiruvizha song was shot during a real thiruvizha in a town in Malaysia.  Hero Denes Kumar is as popular as Sivakarthikeyan over there so it was tough for us to shoot without drawing a crowd. But we managed to do it somehow,"said Kadhal Kandhas.
KTown popular duo Vivek- Mervin have scored the music.  The trailor and songs were screen for the audiences of the packed auditorium.