After the stupendous success of blockbuster hit Kadaikutty Singam hero Karthi is onto the shoot of his next film popularly know as #Karthi17 for now. 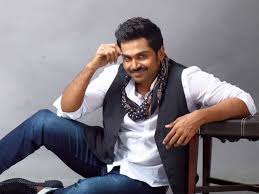 According to sources, the shoot will soon re- commence in the beautiful foreign locales of Ukraine where the unit is headed.
Cameraman Velraj and editor Ruban are part of #Karthi17. After thier dream run with the hero in Kadaikutty Singam exoectations are high that their magic will be  re-created in this film directed by Rajat Ravishankar.
Harris Jayaraj is composing the music .
Now the latest buzz about the flm is its release date. According to sources, December 21st is the date on which  the film is slated to release.  With the christmas holiday season close to the slated release  and given Karthi's recent Theeran Adhigaaram Ondru and blockbuster hit Kadaikutty Singam continued dream  run in the theatres, the film is   bound to have a stupendous opening!