SIVAKARTHIKEYAN 'S SEEMA RAJA AUDIO TO BE LAUNCHED IN MADURAI

The much awaited Sivakartikeyan starrer, Seema Raja audio will be be launched in Madurai on August 3rd  in a grand ceremony. 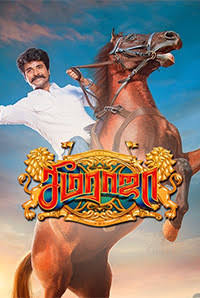 Firmly believing that positioning matters a lot when it comes to the marketing of a film, the production house is going all out for a mass reach. RD Raja of 24 AM Studios, the producer of this film, has a penchant for exploring different techniques of modern marketing and branding. He  tries to leave no stone unturned to position his films. The latest ace up his sleeve seems to be the audio launch of this prestigious project, from not Chennai which  is usually the norm, but from the happening city of Madurai.
August 3rd has been marked as  D Day and the production team is said to be working over time to convert the event into a great success.
"Madurai is the heart beat of the Tamil film industry. The amount of love and craze the  films command among the fans here is un believable. We were determined  even before we could start the film that the audio launch has to happen only in Madurai . The swelling popularity of our hero Siva karthikeyan is one major factor behind this decision. The core content of the film is hugely based in the  rural background of the southern part of our state. So it  was a very conscious and consensual decision to conduct the event in Madurai. I am sure the fans and general audience will throng in huge numbers and make this event a grand success" says R D Raja in a press release.
The film stars Samantha Akkineni opposite Sivakartikeyan. Keerthy Suresh has done a cameo. Ponram directs while D Imman has composed the music.