An Emotional Thanks Giving Meet -96

- October 08, 2018
The thank you meet of 96The Movie was a heartfelt moment for one and all. Especially since the movie has been loved by critics and the public alike,  with industry praise pouring in as well. 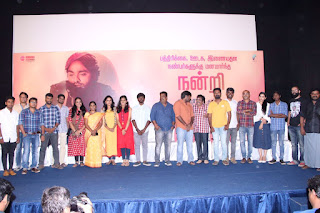 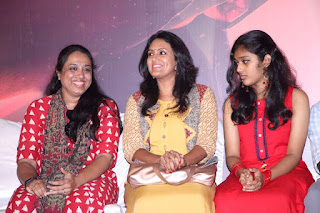 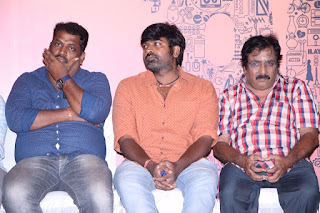 The young actors Aditya  ( MS Bhaskar's son) and  Niyati Kadambi ( daughter of Chetan and Dev Dharshani)  recounted thier experiences of working in the film. The camaraderie of the entire cast could be seen, as well as the nostalgia of missing the shooting days. Trisha tweeted how much she was missing being with the team at the event which she could not attend due to her shoot. Also present were Chinmayi and actor Bugs amongst others.
96 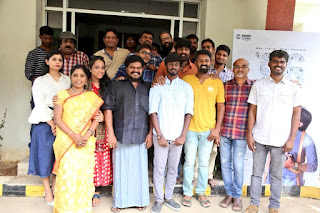 The film which underwent last minute hitches on opening day finally released thanks largely to the efforts of hero Vijay Sethupathi. Quizzed as to whether he blamed anyone for the financial struggles he had to overcome at the last minute,  he said , "The problems in cinema are complicated  and very many and most are not visible to the public nor media. It has been going on for a long time and nobody can really find a solution quickly. I dont  blame anyone. We are all doing our bit to save the situations we come across, each as per thier circumstances. Releasing the film was important for me as an artist and that's what we managed to do."

The film is directed by Premkumar and is running successfully in theatres all over.
96 Trisha Vijay Sethupathi