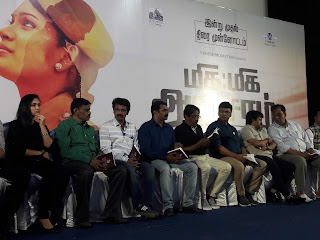 The film is directed and produced by Suresh Kamatchi. The film stars  Harish and Priyanka. The music is by Ishaan Dev.  Heroine Priyanka said, " I have been  able to act like A penn singam in this film thanks to director Suresh Kamatchi. I am usually called to do key roles but I have told everyone that I will do single heroine films and this is an important film for me. I hope people will cast more Tamil speaking girls and audiences will support them." 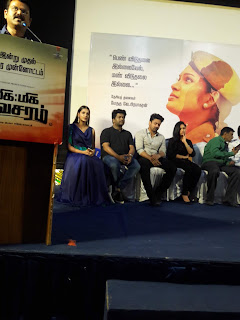 Hero Harish said  he was hlad to do a role in this woman -centric film which deals with an important topical concept.

The story is by director Jagan. Director Suresh Kamatchi said he was confident about the film's success. He revealed that  Netflix has already made an offer for this film. He also felt that reviewers should freely give thier reviews for his film and that criticism should not be curtailed. Actor Mira Mithun said that she was happy to be present at the event and as a Tamil speaking actor herself, was happy to be present to support a film with another Tamil speaking heroine.  Cheran saudc that his film was  about the travails and issues faced by a female police officer and that he was very impressed with his talent .