Saaho to release on August 15th


Superstar Prabhas, perhaps the only actor who dedicated five entire years to make a movie, Baahuabli 2. The magnum opus of Prabhas shattered several records in the movie industry across the world.

Prabhas' fans have waited patiently for his next movie - Saaho and finally the wait ends! 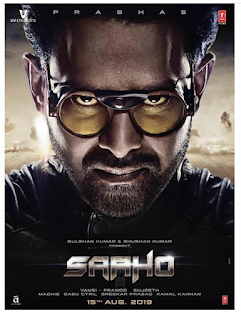 The wait is now over, as indicated by Prabhas' new post on Instagram. The latest poster of Saaho - which shows the most intense look of Prabhas this far - shared on his Instagram finally shares the date of release - 15 August 2019

The anticipation is at an all-time high for the superstar's first movie after the record-shattering Baahubali. It is probably the first time a movie has created such intense anticipation without any leaks about its storyline.

The ‘Shades of Saaho’ Chapter 1 and Chapter 2 - Behind The Scenes videos were released on Prabhas’ and Shraddha Kapoor’s birthdays respectively. The teasers promise an action packed thriller, showcasing Prabhas in a new avatar.

However, the plotline remains a mystery.