- August 27, 2019
By Rinku Gupta
Thandagan, an investigative crime thriller, had a grand audio launch recently. The film stars Abhishek Vinoth in the lead and is directed by K Mahendran and produced by Royal Film Factory, V Elangovan.
Anju Krishna plays his co-star while Ratsasan fame villain Sararavan ( Christopher in the movie) is the antagonist. Kartik Subbaraj's father Gajaraj is part of the cast. Aadhav, Ram Veera and many others play prominent roles. The camera is handled by Thalapathy Rathnam while Shyam Mohan has composed the music. 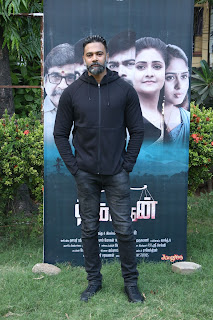 Abhishek plays a cop in this investigative thriller based on the Pollachi type of crimes against women.
Ashwin Kakamanu who was one of the guests on the occasion said, " Abhishek is a versatile actor. From his action roles its good to see him turn romantic hero as well in this film." 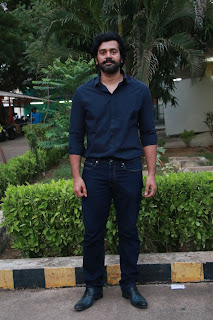 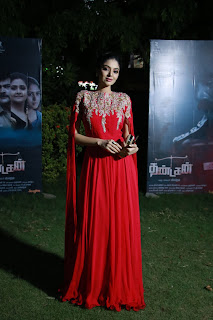 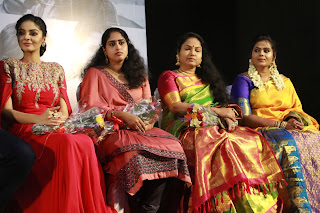 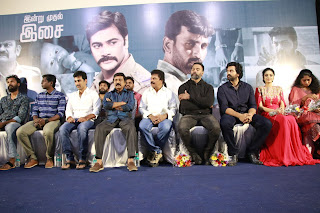 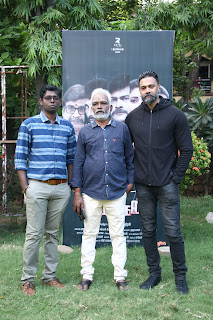 
Sanam Shetty said she knew Abhishek as the most happening model when she came to Chennai, " He had s superb personality and I had asked him when he would join films. The trailer is power packed and has a superb social message. After his several action roles, I dont think Abhishek could have chosen a better film to turn hero. I wish him all the best."

Debut director K Mahendran  stated “I have never assisted any directors previously. I learned to direct by watching more films. Anybody who sees me will be wondering why I came for directing after 50 years of age. Age is no problem if there is an interest and engagement. The mind is the main thing. There is no use if I praise the film which was directed by me. I have made this film by getting inspired from  true incidents. ‘Thandagan’ will be a film that conveys a good message to society. Tell us the feedback after watching the film.”

The editing is by Vasanth Nagaraj while stunts are choreographed by Billa Jagan. The film ia to hit screens soon.