The grand audio launch of GV Prakash's next , Ayngaran opposite Mahima Nambiar, was held today. " The film will show a new phase of GV Prakash, as action hero. 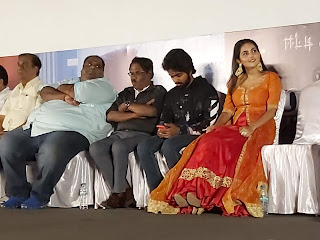 It deals with a sensitive issue, " said director Adhik Ravichandran who said he has seen the final product. The film is produced by Common Man R Ganesh and is released by Libraa Productions Ravindhar Chandrasekharan.
GV Prakash plays a scientist in the film. Hundreds of junior artists have been used in the film. " I play a scientist who is waiting for a patent for his invention. This could be India's first invention oriented film. Director Ravi Arasu wrote this several years ago. It deals with an important issue " said GV Prakash. 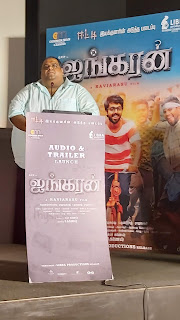 The event was attended by dignitaries which included Bharathi Raja. Vasanthabalan, G Siva, Suresh Kamatchi, Thambi Ramaiah, Naren and others. The heroine Mahima Nambiar was also present. The film is the next of Eetti director Ravi Arasu. G Siva praised GV Prakash for being a producer's actor. Vasanthabalan spoke on the reduced number of National Awards for Tamil films this year and suggested that the producers council could perhaps make a list of strong jury member name suggestions to be sent, so that a strong representation could be made in the jury to focus on Tamil cinema.

The audio launch of Adutha Saattai was also held on the same occasion, attended by hero Samuthrakani. He lauded the efforts of producer Ravindhar Chandrasekar for rising above his failures and wrong decisions without blaming anyone and making efforts to correct his mistakes and shine in cinema once again.
Ravindhar Chandrasekaran said he was encouraged by Bharathi Raja's inspiring words to rise above his difficulties.  He revealed that he plans to release both films on September 5th. 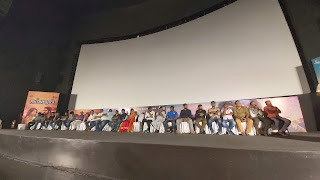 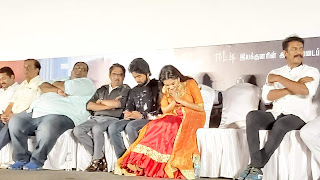