The shooting of Stonebench Films'  fourth film tentatively titled  Production No.4, starring the Aishwarya Rajesh, written and directed by filmmaker Rathindran R Prasad, has begun today in the Nilgiris. Looks like the production house is on a roll. Just a few days ago they had announced Production No 3 with Keerthy Suresh, the shoot being in Kodaikanal. 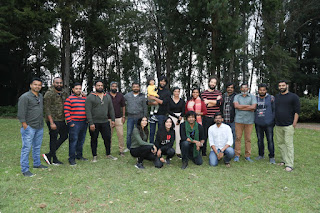 The shooting is set to proceed at a rapid pace and the film will be ready to hit the screens early next year.
Aishwarya Rajesh Karthik Subbaraj Keerthy Suesh