Close on the heels of the release and successful run of Kaappaan, comes the news about Suriya's next film.
He has been shooting for Irudhi Suttru director Sudha Kongara 's Soorarai Pottru. 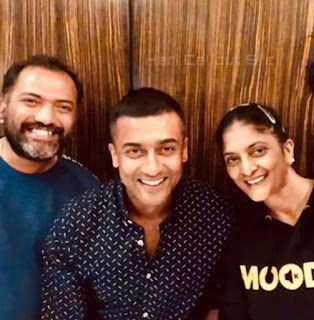 The actor had been spotted with his new close cropped hair style during the promotions of KV Anand's Kaappan.
Now the latest update is that the shoot of Sudha's film has been wrapped up. The music is by GV Prakash and the film is produced by Suriya's 2D Entertainment. 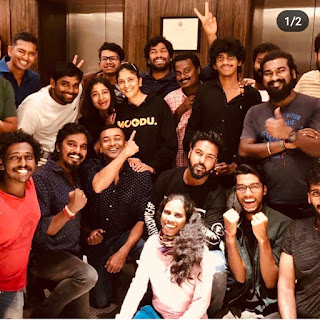 Can you spot Suriya in this wrap up group pic?

The film is touted to be  based on events during the life of the founder of an airline.
2D Entertainment Irudhi Suttru Kaappaan KV Anand Soorarai Pottru Sudha Kongara Suriya