Lady Superstar's  next film aka Nayanthara65  has got a power packed title.
The film has been named  Netrikann and the shooting has started with a pooja. Netrikann was the title of K Balachander's 1981 debut production of his Kavithalaya Films banner with Rajinikanth in the lead in a dual role. The film was directed by SP Muthuraman.

The poster of Netrikann released on social media has the title written in braille, an interesting pointer to the content and a link to the title perhaps. 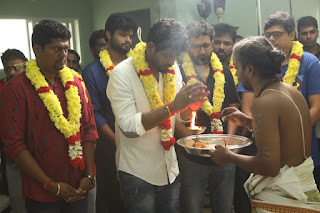 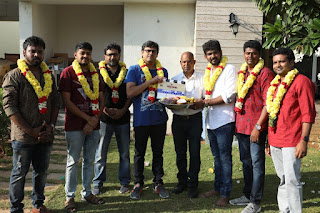 The Producer is none other than Nayan's beau  VigneshShivN who will be producing under the Rowdy Pictures banner.
Interestingly its not Vignesh but Mani Ratnam's former assistant director  Milind Rau ( who directed David earlier) who will direct Nayan.
The music is by G Girishh
while the editor is Kishor. Costumes are by Dinesh.