After K V Anand's Kaappaan, there was much_ speculation about Suriya's next move. He was working in Sudha Kongara's film Soorarai Pottru, which wrapped up recently, so  fans were eager to know about Suriya 39.

The much awaited Suriya-Siruthai Siva project will apparently kickstart only post that director's film with Rajinikanth. 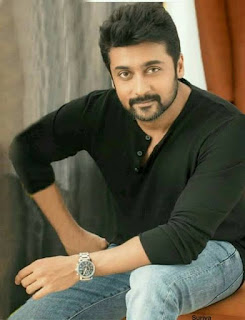 So was Suriya going to team up with Hari or  Asuran director Vetrimaaran next? Both director's have apparently narrated scripts to the star.

Now Suriya's brother Karthi has broken the suspense at the Kaithi pre- release event in Hyderabad yesterday.
The actor has confirmed that Suriya is getting ready to work with his Singam director Hari after Kongara's  Soorarai Pottru.
Perhaps Suriya will team up with Vetrimaaran after the Hari project. Let's wait and watch for updates!
austan hari Kaappaan Kaithi Karthi Rajinikanth singam Siva Sudha Kongara Suriya vetrimaaran