Good news for Dhanush and Gautham Menon fans! All decks are cleared for the release of the much delayed Enai Noki Paayum Thota.
The movie was embroiled in several issues and even  till last night shows in US had been reported cancelled despite the fixing of Nov 29th as release date. 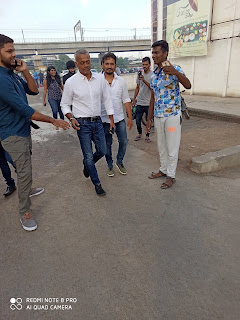 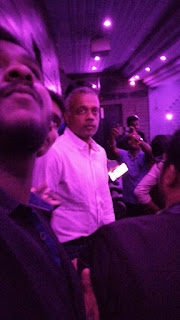 But now all is well it would seem. Atmus Entertainments has tweeted, "#ENPT #EnaiNokiPaayumThota KDMs finally
sent to all theaters. Thanks for the patience,
We bought this film 3 years ago and releasing
it through @BigThinkk today in USA. A few
shows were cancelled due to delay, but
shows from 8pm CST will happen. Enjoy the movie in theatres!"

Director Gautham Vadudev Menon has confirmed the release today , tweeting, " This release today wouldn’t have been possible if not for Ishari Ganesh& his magnanimity.  I’ve seen a really big hearted & brave man today. Thank you sir.
Thank you to your team.
Also a big thanks to the TN distributors who helped us see this release. 🙏" 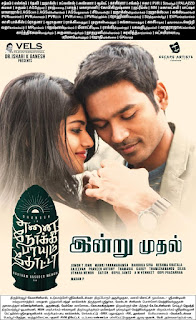 Late last night hero Dhanush had also confirmed that the film would be releasing, overcoming all hiccups, Really exclteci to announce tnat enai noki
paayum thota WILL release in theatres
tomorrow. Just received confirmation and
eagerly awaiting the response of the
audience. "