Priya Bhavani Shankar, who is playing the female lead  in the Tamil remake of the super hit Telugu movie ‘Pelli Choopulu’ opposite Harish Kalyan, celebrated her birthday on New Year's eve (December 31st, 2019) along with the cast and crew at the film's shooting spot. 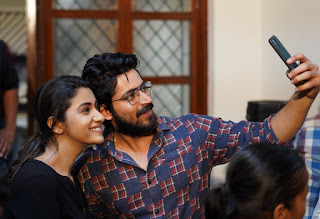 Producer Koneru Satyanarayana says, “In keeping with the basic premise of the film which has the theme of  food, fun, romance and entertainment, I could see everyone on the sets having that same positive vibe. " 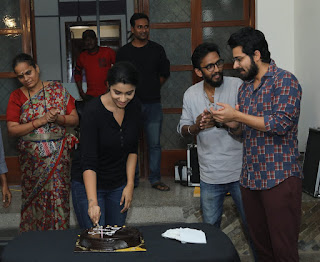 So will she be playing her role true to the original ? He clarifies, "As far as I have observed her, I could sense that she is a perfectionist and keeps improving on  her proficiency from one scene to another. It’s evident that she wants to avoid any traces of the original version and give a new refreshing shade to her character. I am very confident that both Harish and Priya will be seen in a much colorful avatar in this film."
It may be recalled that Pelli Choopulu shot the fans favourite  'Rowdy' , Arjun Reddy star Vijay Deverakonda to instant fame when it released. 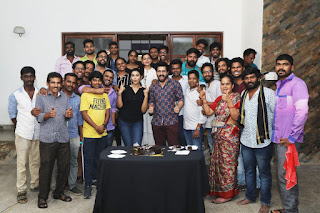 Directed by Kaarthikk Sundar, a former associate of filmmaker Vijay, Koneru Satyanarayana is producing this film, tentatively titled “Production No.2” for A Studios LLP and A Havish Productions’

SP Cinemas is handling the production duties.Vishal Chandrashekar is composing music and Krishnan Vasant is handling the cinematography. The film is slated for a 2020 summer release.