The Corona Lockdown has led to a crisis in the film industry with theatres being shut and releases held up indefinitely.

In such a scenario, the recent decision of Suriya's 2D Entertainment to release the Jyotika starrer Ponmagal Vandhal on OTT directly during the lockdown,  stirred up a hornets nest with Exhibitors protesting against the move, which they feel could set a new trend, leading to losses for them in future. There was talk  of issuing a red card to Suriya's films ( including the upcoming biggie Soorarai Pottru) and also those from his production house.
Ponmaghal Vandhal which was set to release im April, will now release on Amazon Prime directly in May. It may be recalled that when the Kathir starrer Sigai couldn't get a proper theatrical release, it was Zee 5 which came to the rescue and  streamed it directly on OTT.  In Bollywood, there are unconfirmed rumors on social media that the Akshay Kumar starrer Laxmmi Bomb may release directly on OTT due to the lockdown. With the lockdown , subscriptions to OTT partners has increased and viewers are fast consuming multi- language content. 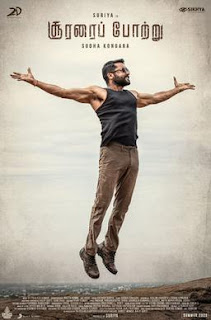 Taking heed of the need of the hour and responding to the  protests of exhibitors, now 30 leading film producers from Kollywood have come together to jointly  release a statement on the issue, explaining their side, in support of 2 D's , aka Suriya's decision as a producer working for the best interests of his product.
The letter projects a united front, which aims to incorporate the best interests of the industry,  while making use of the march in technology which seems to offer a lifeline for a struggling industry via the streaming platform. 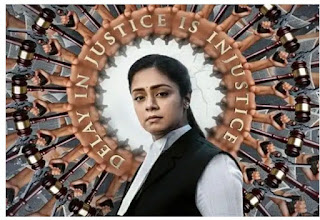 Here is what the producers have to say:

Film production is a challenging field with high risk Involved. Many producers are making films with a lot of passion and confidence. Among them, challenges faced by small and medium film producers is
high. Even if they have completed a film, they face many a difficulty to release them especially to get theatres and shows to recover their investment through theatrical rights. This kind of challenge is
not there for big budget or big artiste films.
With the development of OTT (Over the Top) technology, many new films started coming out world- wide directly in this platform.
Post the lockdown due to Corona in the country, many OTT platforms
have started acquiring small and medium budget films for direct OTT premiere, which we all have to welcome wholeheartedly. Already film producers in Hindi, Telugu and other languages are trying to
sell their films for Direct OTT premiere in order to somehow recover their investment, if small and medium budget films get premiered through OTT, the number of such films waItIng to release in
theatres shall reduce. The balance films can release properly too. Like that there are so many benefits we can enjoy by allowing the OTT premiere of small-medium budget films and hence this step by OTT players must be welcomed by all of us. We must request OTT players to acquire many
small and medium budget films, which are struggling to release or stuck due to this lock down.

In addition, a Film Producer who has invested hls money, has all the rights to exploit his film in every possible way by selling the rights available for his film, to recover his Investment so that he or she can continue in the film business.

For the film industry to operate smoothly, the three key stakeholders, producers, distributors and theatre owners, must work together in unison and take decisions in the best interest of the industry.
We strongly request that no individual film trade association should take any decision and announce it unilaterally, which may hurt the interest of a film producer, who is trying to protect his business.

We also request that once this lockdown due to Corona is lifted, all the stakeholders and office bearers of all associations must meet, discuss and arrive at a feasible solution for all the issues before us   including on OTT release of new films, for the benefit and welfare of Tamil film industry.


Looking for the Unity of Tamil Film Industry,