Director Mani Ratnam and Jayendra Panchapakesan ( Founder Qube ) have come together to make a Netflix original anthology called Navarasa,  based on the nine emotions of Indian art forms. 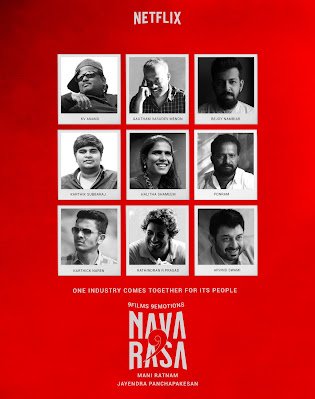 Another reason for the  buzz is the fact that it includes  actors Suriya, Arvind Swami, Vijay Sethupathi, Revathy, Nithya Menen, Parvathy, Aishwarya Rajesh, Poorna, Rythvika, Prakash Raj, Siddharth, Gautham Karthik, Ashok Selvan and many others, who are all coming together for a cause in Navarasa. 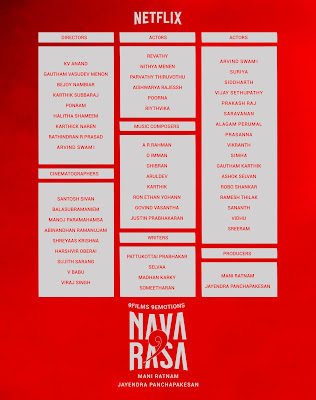 The proceeds from the films will go towards the well-being of film workers in Tamil cinema impacted by the coronavirus pandemic.

The actors and technical crew have offered to work pro- bono, showcasing their empathy and unity with the ailing film industry impacted by the covid lockdown.

Mani Ratnam and Panchapakesan said they have always loved to brainstorm and come up with unique ideas to raise money for deserving causes. "The idea of making short films and raising money through them for this cause was born on one such brainstorming evening. We were thrilled when the idea resonated well instantly with leading directors, actors and technicians of the industry that we approached. 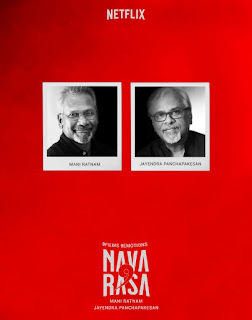 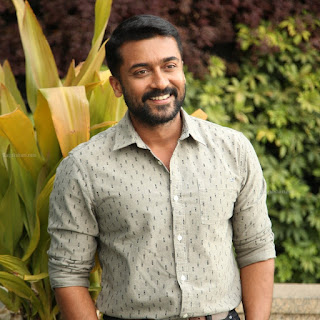 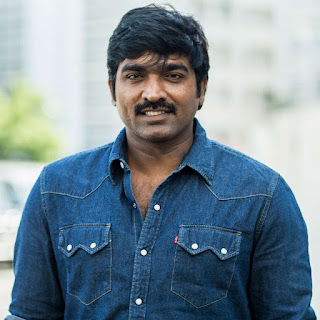 "The idea of Navarasa was a spark when we discussed it and the industry has come together to make it glow, give it soul and make it count for its people. We are happy that Netflix has come forward to take this confluence of emotion, talent, people and the cause to the world," the filmmakers said in a joint statement.

Wide Angle Creations, Suresh Balaje will be the line producer.

Looks like Netflix and Amazon Prime are wooing the Tamil language viewers big time with such interesting content. Netflix had earlier announced another anthology in October while Amazon's Putham Pudhu Kaalai was well recieved for its interesting content.

The noble intent of industry folks, behind the making of Navarasa, is indeed to be lauded.