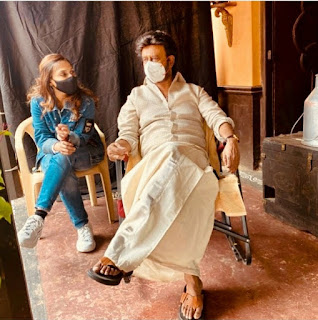 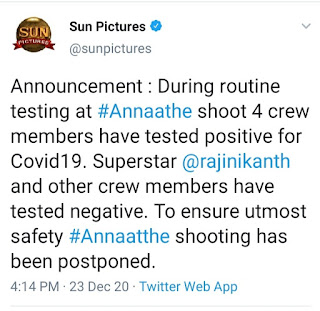 Superstar is said to have tested negative according to Sun Pictures tweet. Keerthy Suresh and Nayanthara had also been part of the final schedule which Rajini wanted to wrap up in one go before heading to his political journey, announcing the party name on 31st December.

Looks like things have been thrown out of gear.  Rajini is said to be at his hotel at the moment and has not yet returned to Chennai.