Silambarasan TR's   film  directed by Gautham Menon and produced by Vels International, had a first look poster release which bowled over fans and industry folks alike. 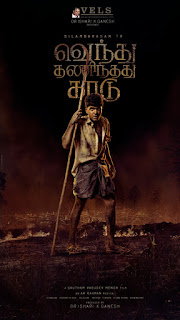 The film title has been changed to Vendhu Thanindhathu Kaadu, taken from Bharthiyar's poetry.

Now, according to a media interview published in  Chennai Times, TOI,  producer Ishari Ganesh has reportedly revealed details of the project.  The film is a rural action drama, currently being shot in Tiruchendur and will later move to Chennai and Mumbai.

Simbu, who looks years younger in the poster,  has apparently lost around 15 kgs for the role and is being trained by an instructor and well be doing special stunts for a  role unlike anything he has done before. 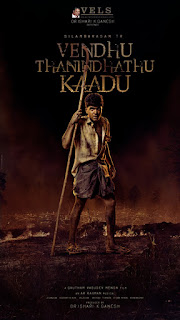 Radhika Sarathkumar plays his mother in the film. The other cast members will be  revealed soon.

Silamabarasan's Maanadu has already raised fan expectations. Now his 3rd outing with Gautham Vasudev Menon, that too in a a rural set up, in a totally different role, has raised fans excitement levels to an all time high!