Atharvaa Murali and Anupama Parameswaran are playing the lead roles in ‘Thalli Pogathey’, directed and produced by R. Kannan of Masala Pix. The movie is all set for the worldwide theatrical release on October 14, 2021. The cast and crew of this movie was in Chennai to interact with the press and media during the Pre-Release event. 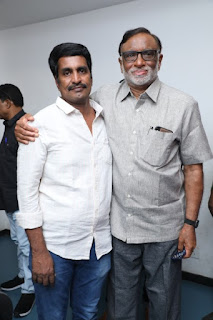 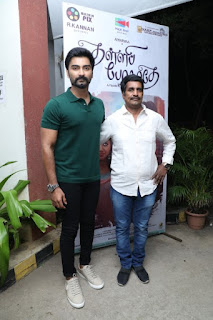 Director R. Kannan said, “It’s been 10 years my journey started with my directorial debut Jayam Kondan, and producer Thyagarajan sir happens to be the main reason. I believe of getting good reviews like how I got in Kanden Kadhalai. Ram Prasad has been a great support for this movie. Gopuram Films Madurai Anbu has been a great support for this movie. I am associated with Kabilan movies after Thalli Pogathey. Amitash has exerted an incredible effort towards elevating the movie. Atharvaa and Anupama have been the main soul of this movie. The movie is getting released on October14, 2021 and it will have a great impact upon audiences.” 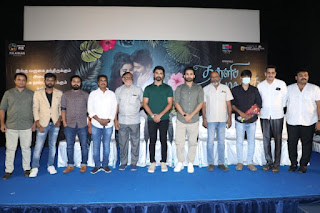 Actor Atharvaa Murali said, “This is a press meet that is happening after a couple of years. During this period, everyone has come across various problems in their personal space. I am happy and glad to see everyone here. When I and Kannan sir decided to make our next movie after ‘Boomerang’, we wanted it to be a family entertainer. Kannan sir organized a team overnight and when we thought about the adaptation of Ninnu Kori, Kabilan sir was the first one to come onboard. Later, it was the technical crew like Gopi Sunder sir and others, who have been the pillars of this movie. The first choice for the female lead role was Anupama and she instantly agreed to the role. But we were in deep pursuit of an important role and after a long search, we got Amitash onboard. I have to mention about Ram Prasad sir here, who has been the backbone of Kannan sir here. Kannan sir is really an extraordinary person to work with. His nature of work reminded me of my childhood days, where elders used to advice ‘Don’t waste any time’. For a particular episode, I had to grow my beard, and asked me how long it will take for me to groom it. After three weeks, I called him to show my beard look and I could hear him say ‘Action-Cut’ somewhere. I was quite surprised and shocked to hear this statement and asked him that if he is shooting other portions that doesn’t involve me. Apparently, I asked him and he said that he was shooting another movie and had completed the shooting, which was nearing completion. While many of us had remained inside homes during this hard phase, he has completed 3 movies. Thalli Pogathey will be a delightful entertainer for the audiences, especially families. The movie is hitting screens on October 14. I thank director Kannan sir for his ability and efficiency in getting the movie released in the theaters. Anupama is a natural performer and the language is no barrier to her. This will be an important movie to her. Thyagarajan uncle being here is really a big support and I thank him for his presence here." 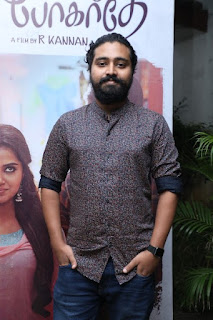 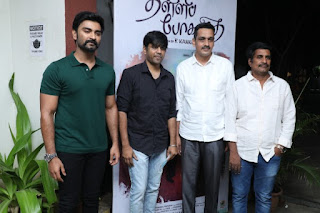