Disney+ Hotstar is all set to offer yet another content-driven entertainment for Tamil movie buffs titled “Taanakkaran”, directed by Tamizh which will premiere on April 8, 2022. 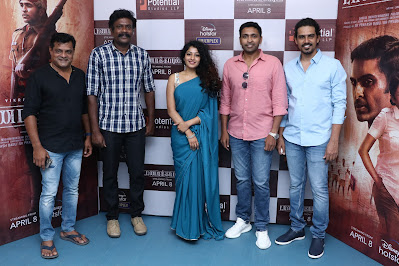 The trailer, unveiled on March 31, 2022, across the social media platforms of Disney+ Hotstar, has found a commendable reach. The audiences are appreciating director Tamizh's filmmaking style and actors' stellar performances and they have expressed that the trailer looks absolutely promising. 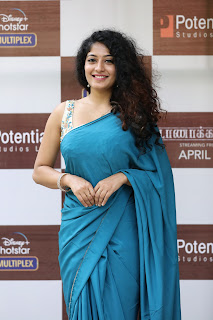 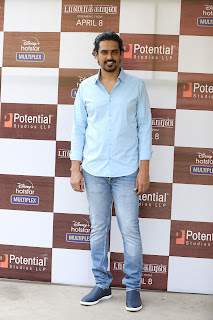 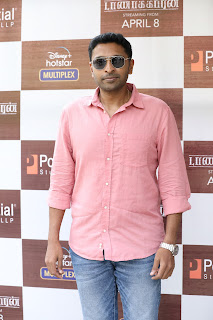 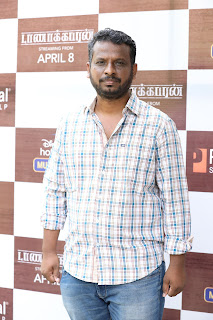 Madhesh Manickam has cranked the camera, Ghibran has struck the musical chords and Philomin Raj as editor is going to be a salient adornment to this movie. Although Tamil cinema has witnessed myriad movies based on the police department, Taanakkaran will offer an unique experience to the audiences with a new premise that they are not familiar with.

Director Tamizh says, “It’s a pride for a filmmaker like me to get so many golden touches for my project. Disney+ Hotstar has become a tangible symbol of excellence in the Indian OTT panorama, where content-driven movies get recognized and promoted for a wider reach.

I am glad that Disney+ Hotstar has shown interest in Taanakkaran. I thank my producers SR Prakash Babu, SR Prabhu, P Gobinath, and Thanga Prabaharan R for believing in the story. When I approached many production houses with this script, they were either hesitant or suggested too many changes. To my surprise, the producers of Potential Studios never had such intentions, and they spent a huge budget so that my creative process doesn’t get hampered.

I thank Vikram Prabhu sir for his trust in this movie. He has delivered a immense performance, and I am sure that audiences will love and appreciate his acting.  Anjali Nair, Lal sir, MS Bhaskar sir, and every artist in this movie have escalated my vision. I am looking forward to the response from audiences from April 8, 2022, onwards.”

Actor Vikram Prabhu said, “The title “Taanakkaran’ itself was hard-hitting, and after listening to this script, I decided to grab this opportunity that will let me explore and exhibit my best potential as a performer. It was an amazing experience to work with a production house like Potential Studios that nurtures the creative and talented minds in the Tamil movie industry. 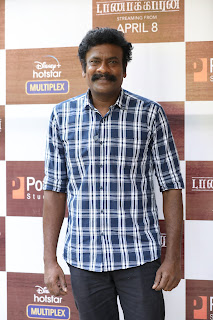 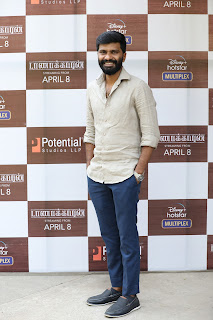 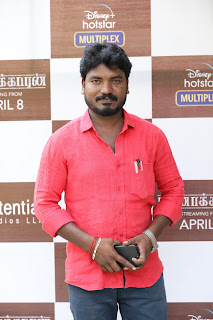 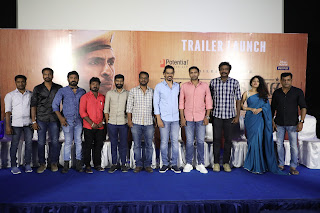 If not for the support of producers, Taanakkaran would not have witnessed such a satisfactory output. Filmmaker Tamizh has exerted an immense effort into conceptualizing, crafting, and materializing this movie. I thank Disney+ Hotstar for their Midas-touch on Taanakkaran. I am sure that audiences will have a unique experience with Taanakkaran.”

The entire team was involved in a vigorous pre-production work that included director Tamizh’s travel across 40 places in Tamil Nadu & Kerala for the sake of the right location. Finally, he zeroed in a school in Vellore that looked perfect for his story backdrop. Lots of homework and hard work have been exerted towards the project.

In particular, the parade scenes demanded intense training that made the director opt for Retired army officers, Garrisons & police instructors instead of actors. Director Tamizh is greatly appreciated by the producers for handling the plethora of new faces. In particular, he has completed this big-budget movie with so many artists in just a span of 50 days.

Actor Vikram Prabhu was very much impressed after listening to the exceptionally brilliant narration and his characterization. Critically acclaimed filmmaker-actor Lal is playing another lead role in this movie. It is noteworthy that director Tamizh kick-started the Taanakkaran scripting process from Lal’s characterization, which is as powerful as the protagonist.

The multi-faceted actor MS Bhaskar will win raving reviews for his heart-touching characterization. Anjali Nair, who plays the female lead isn’t appearing in a blink-and-miss ladylove role but rather has a pivotal prominence throughout the movie.

Madhesh Manickam embarks on his journey as cinematographer with this movie. He has delivered a fabulous visual package, which will find its appreciation after release, especially for the parade scenes. Editor Philomin has done remarkable work for the entire film. His insatiable dedication towards this movie was evident with his non-stop editing work for eight days for one particular parade scene.

Art director Raghavan has played a vital role in shaping Taanakkaran perfectly. Even during the director’s location scouting process, Raghavan traveled along with him to prepare and deliver a spellbinding visual treat so that even the smallest object looks natural and not mere set property.

Music director Ghibran’s contribution will be the ultimate beautification of this movie. After watching the rushes, he dedicated 6 months to the background score of this movie.

With its wide array of non-stop entertainment movies across various languages and genres Disney+ Hotstar will premiere Taanakkaran from April 8, 2022, onwards.